By Michael Saya
(ESTATE and HOMES REALTY)
Town of Cornelius - Cornelius Homes for Sale - Cornelius Real EstateMLS listings Delivered to you for free, click hereCorneliusThe town of Cornelius, the second youngest of Mecklenburg County's six incorporated towns, was founded in 1893 but not incorporated until 1905. The Town's origin has been traced by many historians to a dispute over cotton weighing.In the late 1800's, two thriving cotton firms located in Davidson disagreed on whether an official town cotton weigher should be appointed. After a heated election was held and legislation enacted, a town cotton weigher was hired and the firm which opposed the appointment decided to relocate much of its operations just south of the Davidson town limits.Frequently after heavy rains, the road connecting Davidson and (soon-to-be) Corneliu... 05/04/2008
Comments 0

By Michael Saya
(ESTATE and HOMES REALTY)
Lake Norman HistoryThe Great River was named after the people who lived by it, the Catawba Indians, known in their own language as the Kawahcatawbas, "the people of the river."  As the settlers began moving into the fertile lands along the Catawba, they brought with them diseases from Europe that the Catawbas had no resistance to, and in less than 175 years, their population dwindled from over 5,000 to less than 400. These settlers built their cabins and farmed the land beside the Catawba River, but before long they were drawn into battle against the British Crown.  In 1781, General Cornwallis proclaimed Charlotte to be "a damned hornet's nest of rebellion."  At the battle site at Cowan's Ford, General William Lee Davidson, along with a band of Catawba Valley farmers were able to slow t... 05/04/2008
Comments 0 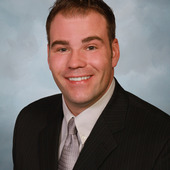 Great time to Buy or Sell Syracuse and Onondaga County

By John Disque, "Buy or List with Disque"
(RealtyUSA)
There are some great buys out there right now, and people are out there in full force buying. Same is true for Sellers. I hear it a lot "if we sell NOW we are going to lose some money", BUT the truth is sellers, the market in Syracuse and Onondaga County isn't get hit like some of the BIGGER markets out there and whatever little bit you may LOSE you will gain it back by buying something bigger or smaller, with a lower interest rate, and on TOP of that, by the time you sell again, it may be back to a sellers market. Sincerely, John Disquewww.RealEstateInUpstate.com 04/22/2008
Comments 0 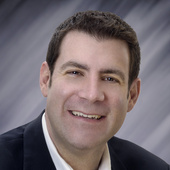 Syracuse market is perfect for Investors looking for consistency

By Richard Klink, Syracuse Homes
(Prudential CNY Realty)
As I work with more and more investors from every corner of the United States there is one common denominator...consistency. Syracuse is a consistent and less volatile market that is a great balance to any Real Estate portfolio. As many of my clients face the undesirable position of poor liquidity or even worse negative equity in other Real Estate investments, Central New York provides a haven to invest in uncertain times. I have successfully achieved the goals of my investors and they continue to refer me to their friends and family for the same results. that is because my goal is not a quick sale but instead a sound Real Estate investment. I can do the same for your clients. 03/27/2008
Comments 0

By Jared Gilsenan
(Keller Williams Realty)
Destiny USA going to be something special.  For those that do not know about or heard of check out www.destinyusa.com.  Destiny is striving to become the GREEN CAPITAL OF THE WORLD. Living in Syracuse, NY this is a topic of conversation that comes up quite often with clients, other realtors, investors, the general public is very aware of what is going on.   On the 6th floor of the carousel mall there is alot of information to read and see what the vision actually is.  In my opinion Destiny USA will forever change Syracuse, NY as we know it today for the good.  This is a massive project that is generating alot of interest from around the world.Go to the website www.destinyusa.com and check it out if you haven't already!!!Jared Gilsenanwww.cnyrealestateagent.com 03/04/2008
Comments 3

By Richard Klink, Syracuse Homes
(Prudential CNY Realty)
I am excited to join the ranks of the bloggers! I just returned from Keller Williams Family Reunion in Atlanta. Once again the education and inspiration I received in the 5 days was worth every penny...and then some! Every trainer, facilitator and Company Executive were outstanding. I am refocused and re-invigorated. It is always so exciting to see old friends and make new ones at this event. It is a sea of professionals open to sharing their secrets and strategies of success and words of caution on mistakes to avoid. One of the recommendations was to start blogging. I am committed to teh Syracuse Real Estate market, more so than ever. After hearing the difficulties other areas are facing, I am once again convinced that slow and sterady wins the race. Sure they were seeing tremendous ga... 02/20/2008
Comments 25

By Christina Lackey, Syracuse Central New York Real Estate
(Coldwell Banker Prime Properties)
The sun is shining!  The temperature today climbed all the way up past 70 degrees, and Onondaga Lake Park was the place to be.  Of course, I was there checking out what has changed and what is great about the place as they prepare for the new season.Run by the Onondaga County Parks, this park runs along the shores of historic Onondaga Lake.  The Lake is currently in the middle of a refreshment project to clean it up after some industrial mistreatment in the past.The park sits in the picturesque Village of Liverpool, just North of the city of Syracuse.  The village boasts numerous excellent eateries and small shops within easy walking distance from the park, including the famous Heid's Hot Dogs.  Heid's is a fifties style hot dog and ice cream stand across the street from the park. The L... 04/21/2007
Comments 0

By Christina Lackey, Syracuse Central New York Real Estate
(Coldwell Banker Prime Properties)
Okay, so I wanted to make my blog focus on my hometown of Syracuse and all the great things there are to do around here.  I have a whole list of them that I will be featuring on my blog in the coming weeks and months.  That way, anyone who stumbles across it will be able to use it to get to know the area.  There are a lot of places that I never visit even though I live here, and I'm sure other people feel the same way.  People who already live here will be able to use it to get ideas of new places to go, and people who don't live here can use it to see if it is a place they might like or not.But I am distracted from my purpose today, and here's why: Yep, that's snow you're seeing.  Snow.  In Syracuse.  Today.  Please allow me to draw your attention to the fact that today is April 16th. ... 04/16/2007
Comments 6

By Berta Smith
(RealtyUSA)
Onondaga CountyLocated in the center of New York State, Onondaga County is home to the city of Syracuse. We are within 350 miles of all major cities in the Northeast, conveniently situated at the intersection of Interstate Highways 81 and 90 (NYS Thruway). The County of Onondaga is located in the central New York region, has a land area of 793.5 square miles and is approximately 35 miles in length and 30 miles in width. TThe 2000 U.S. Census showed a population of 458,336 for Onondaga County, which included a population of 147,306 for the City of Syracuse. The City of Syracuse is situated in the approximate center of the County and serves as the focus for commercial and business activities.   01/29/2007
Comments 2
<< Previous 1 2 3 Next >>
Explore Syracuse, NY
Syracuse, NY Real Estate Professionals