By Grant Schneider, Your Coach Helping You Create Successful Outcomes
(Performance Development Strategies)
We had a great dinner last night at a new Italian restaurant in White Plain.  Pax Romana has been open for only a few months now but judging by the crowd  below it is a huge success.The restaurant is located at 189 E Post Road in White Plains.  We had the Handmade Gnocchi with Cheese and it was absolutely mouth watering.  Pax Romana makes their own pasta.  You can actually see a lady up front rolling the pasta dough and cutting it. Both pictures are courtesy of Pax Romana's Facebook page.  Please go there and like it.If you are looking for a great place to go this weekend then head over to Pax Romana at 189 E. Post Road, White Plains, NY  Call 914-437-5791. Information provided by Grant Schneider, Performance Development Strategies.  Would you like to know how to make your local busines... 02/17/2016
Comments 36

By Christopher Pagli, "I Stay Open Until You Close"
(William Raveis Legends Realty Group)
White Plains NY Home Sales Remain Strong! The White Plains NY real estate market has been one of the most consistent in Westchester this past year.  Even in months where we see a slow down, White Plains single family home, condo, and coop sales remained strong.  The City itself is constantly evolving and looking for ways to improve the home owner experience for those moving from New York City and its current residents.  Over the years we have seen a lot of change.  Restaurants and big-box retailers have come and gone but now we have a bit more stability amongst them.  Now, with talks about a new development on the Westchester Pavillion Mall property, downtown will only get better.  I remember what White Plains was like in the 80's and 90's, when we only had Galleria and Mamaroneck Ave ... 11/14/2015
Comments 1

White Plains Coops Sales Down But Still Strong May 2015 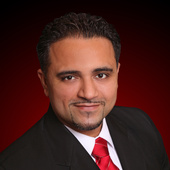 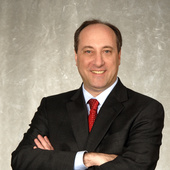 A Video Thank You from The Leogrande Team, Westchester NY

By Gary Leogrande, The Leogrande Team
(Keller Williams NY Realty)
We hope you enjoy the video "card" below, that we created to show the Leogrande Team 2014 memories and thank our family, friends and clients for sharing the high points of the past year.  12/17/2014
Comments 2

THANKS TO WESTCHESTER IDA FOR HELPING ENTREPRENEURS

By Grant Schneider, Your Coach Helping You Create Successful Outcomes
(Performance Development Strategies)
The Industrial Development Agency (IDA) of Westchester County has a mission of developing increasing employment of citizens by helps businesses grow to the point that they will need to hire more people to support their success. I am happy to have been able to work with the entrepeneurs in this program and it has been truly rewarding.  The program is generating success stories. Last Thursday, I was ask to come when the program director made a presentation for funding in 2015.  One of our students came along to explain how the program helped her.  Afterward the County Executive's PR person made a video.  Carlita will explain in her own words.     Carlita Belgrove, CEO of Belgrove Appliance, also known as "The Stove Lady," tells how PTAC's program for entrepreneurs helped her access larger... 12/10/2014
Comments 26

By Christopher Pagli, "I Stay Open Until You Close"
(William Raveis Legends Realty Group)
The White Plains NY Real Estate Market hasen't shown any signs of slowing down like other Westchester County towns have.  White Plains single family home sales continued pace with 19 closings in October which is up from 15 this time last year.  Even the sale/list price ratio inched up from 96.7% to 97.3, not a significant jump but still upward movement.  The median price in October was $612,000 which is down a bit from $640,000 in October 2013.  Inventory levels are still very healthy with 101 homes currently on the market (at time of writing).  New listings of 29 were up modestly from 25 in September but down a little from 30 in October 2013.  The average days on market of 49 was down substantially from 65 in September and way down from 80 in October 2013.   White Plains Condo sales... 11/18/2014
Comments 1
<< Previous 1 2 3 4 5 6 7 8 9 … 24 25 Next >>
Explore White Plains, NY
White Plains, NY Real Estate Professionals