By Carolyn Kolba, Keller Williams Realty- Mentor, Ohio
(Serving Mentor, and all of Lake County, Ohio)
I'm sure we've all heard about the Eight Thousand Dollar tax credit that Uncle Sam is giving away.  It's really a great thing, and it would be a shame to miss out on it. Well... that's what I want to tell you about.  That "Gift" is close... very close... to slipping away from all of you first-time buyers.  By the way... a "first time buyer" is considered to be someone who has not owned a home in the last three years. In order to qualify for this $8,000 "gift"... all you have to do is buy a home... do the paperwork... and have it dated by April 30, 2010. Then... it must be "closed" by June 30, 2010.  What that means is that your loan must be approved, and all paperwork with the mortgage company completed... and everything completely finished... including the home being "closed"... which ... 02/12/2010
Comments 8

By Carolyn Kolba, Keller Williams Realty- Mentor, Ohio
(Serving Mentor, and all of Lake County, Ohio)
A prominent consumer advocate and spokesperson for the Federal Loan Modification Law Center recently released a list dispelling the top 5 myths about loan modification. Intended to better educate homeowners facing the prospect of losing their home to foreclosure, the following list demystifies the most common misconceptions surrounding the loan modification process. Myth# 1:My bank wants me out of my house. My bank wants my home. Banks and other lending institutions do not want to foreclose. They make more money if you make your payments. Myth# 2: My credit score is so bad I won't qualify. Loan modification adjusts the terms and perhaps reduces the balance of a loan you already have. This is not about refinacing and applying for a new loan. Myth# 3: I am not late on my mortgage payments... 01/28/2009
Comments 3 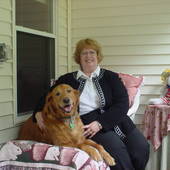 The Market Is Improving in Lake County, Ohio

By Christine Hart Howlett, Keller Williams Greater Cleveland NE
(Painesville and Eastern Lake County)
I'm very glad to report that things are picking up at the Howard Hanna Smythe Cramer office in Mentor, Ohio.  Just in the past couple weeks we have seen a huge increase in phone inquiries, open house numbers, and showings.  The office is HOT. To convince those who live in Lake County, Ohio, this last month, April 2008, our office sold 18 more homes than we sold in April 2007. We've turned up the heat to "212 degrees" and are ready for your business.  Don't sit and watch for the pot to boil!  It's already boiling! 05/09/2008
Comments 6

"What a difference a (staging) day makes!"

By Lisa Basham
(Staged to Sell Homes & Remodeling)
Wow! It's truelly rewarding to see the amazing transformations that staging a home makes! After staging a home, and watching the owner be rewarded with a sale, well, it's great to be alive! I enjoy helping people and with each home I stage, the confidence, grows.  For anyone sitting on the fence, trying to decide if you should invest in staging your home -don't wait, this is an important time of year to be prepared- GO FOR IT! 11/17/2007
Comments 0
<< Previous 1 2 3 Next >>
Explore Mentor, OH
Mentor, OH Real Estate Professionals