By Angela Brooks
(Certified Staging Professionals)
with keynote speakers: Sunjay Nath and Christine Rae... September 6th, 2007 - 6:30pm to 9:30pm at CSP Convention 2007 ~ Climb Every Mountain~ Move Your Team to the top 10%The 10-80-10 Principle guides people towards recognizing and developing these Top 10% behaviors and eliminating the Bottom 10% actions that block success. The 10-80-10 Principle combines best practices with small wins to help people achieve more and find balance. Since 1995, professional speaker Sunjay Nath has unlocked the benefits of the 10-80 principle for more than a half-million people. Learn how you and your real estate team can operate at this dynamic level - all the time.         POWERFUL RESULTS....with Real Estate Home Staging!  Increase the number of listings you secure, your annual profits and your reputati... 07/17/2007
Comments 1

By Angela Brooks
(Certified Staging Professionals)
We are very proud to announce we have selected Habitat for Humanity as our "Pay It Forward" Charity of Choice for 2008.~We invite women in business to join us on September 6th, 2007 1:30pm-3:30pm for a Womens Networking Afternoon Tea "English Style" with celebrity Ann Maurice. Door prizes, autographed mementos and more!! Click here for registration...Tickets are $79.99 Do you belong to a women's networking group in the Toronto or surrounding area? Group rates are available. Contact Angela at 905-984-6955 or email angela@stagingtraining.com to book a table for your group. Limited seating - Sign up for your tickets today! ALL Real Estate Professionals, Home stagers, decorators, and women in business welcome. (This event is not exclusive to CSP Members)  Call 905-984-6955 for more details. 07/17/2007
Comments 8

By Greg Nemez
(Prudential Real Estate)
"We were skeptical at first but after listening to Greg's presentation, we decided to follow Greg's plan. His tips and direction through the entire process was right on the mark and helped us achieve our goals. He sold our house for 100% of Asking and in just 9 days. We would recommend Greg to our friends, relatives and colleagues." Thanks again Greg! Sudhir and Pallavi (June 2006) 06/05/2007
Comments 0

History of Streetsville in Mississauga

By David Mosley
(Royal Lepage - Mississauga Homes for Sale)
Streetsville came into being in the year of 1825, when a very entrepreneurial man name Timothy Street was granted a large parcel of land as payment for his surveillance work.  Back in those days, water was an essential element in the development of most small villages as waterpower was a vital source of energy.  Not so surprising then that the village of Streetsville was developed along the Credit River, on both the west and east sides of the river, with the majority of the town residing on the western side.   Now in the 21st Century located in the northwest corner of Mississauga is this wonderfully unique and charming little village community of Streetsville.  Much of the charm and uniqueness comes from the number of designated heritage buildings found throughout the village setting.  ... 04/17/2007
Comments 2

The Advantages of Living in Mississauga, Ontario

By Brian Maguire
(Sutton Group Summit Realty Inc./ Brokerage)
If you could eliminate the disadvantages of living in a large city - the high cost of living, the lack of natural attractions, and the hustle and bustle of city life - while at the same time enjoying all of the advantages of city life, you would consider yourself pretty lucky. More than 612,000 residents of Mississauga, Ontario feel the same way. As a suburb of Toronto, Mississauga enjoys many advantages of its proximity to the big city. While some residents commute to neighbouring communities, the economy of Mississauga is booming and there are plenty of jobs within the community itself. Culture is also thriving with several theatres, orchestras, and art exhibits vying for the public's attention. Shopping in Mississauga is supreme and attracts consumers from far and wide. In fact, Squa... 04/17/2007
Comments 0

By Jeffrey Vella
(Sutton Group Summit Realty Inc.)
Mississauga, Ontario, this is the city where you can get anywhere fast.  Located just west of Toronto and part of the Peel Region Municipality, Mississauga has a readily accessible transportation system by rail or bus, and seven major highways passing through the city.  Mississauga offers fast and convenient access to major destinations in Canada and the United States, with Toronto Pearson International Airport at its doorstep.   Mississauga is debt-free and has not borrowed money since 1978. Interestingly enough, Mississauga has had the same mayor, Hazel McCallion, since 1978.  The city of Mississauga offers shopping at seven major shopping malls, one of those large malls being Square One, the largest mall in Ontario.  Two village retail settings are also easily accessed in Streetsvill... 03/12/2007
Comments 1

By Gary Sullivan
(ReMax Realty Specialist Inc./Brokerage)
Although Meadowvale is a township in its own right, it was incorporated into the city of Mississauga in the late 1960s. Since then, it has grown steadily along with the rest of the bigger city, and in 2006 the population was projected to be almost 100,000. With this large population and because of its proximity to one of the largest cities in Canada, Meadowvale offers some great opportunities for those who enjoy eating out occasionally or often. In fact, the opportunities for great dining in Meadowvale are very diverse, in part due to its large multicultural community (almost 30% in according to the 2001 census, are non-white, including a very large South Asian population). Meadowvale's association with Mississauga has paid off as far as its hospitality industry is concerned. The area i... 02/17/2007
Comments 1 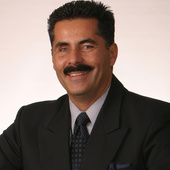