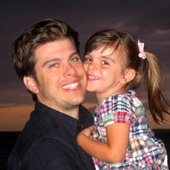 By Keith Landis, Pennsylvania - "Your Pennsylvania Mortgage Source"
(Keystone Home Finance - NMLS#834342 - Conventional - FHA - VA -USDA - Jumbo Programs - Direct Phone 412-726-1654)
Looking to purchase a home in Lycoming County, Pennsylvania? You might want to make a quick check to see if you and the property are eligible for a USDA Mortgage, also known as a USDA Rural Development Loan.  Here's Why...  USDA home loans offer a few benefits that other mortgage programs cannot match: including no down payment and financed closing cost. If the home appraisal allows, the closing costs can also be wrapped into the mortgage resulting in no money needed at the closing table. USDA is the only mortgage program that allows for all closing costs to be financed into the loan amount on a home purchase.  Interest rates for USDA mortgages are comparable and often lower than the low fixed rates of Conventional, FHA and VA financing. The USDA Mortgage program does have restrictions ... 11/23/2011
Comments 0 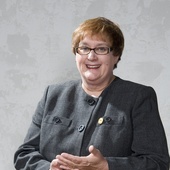 Will Your Buying Power Erode Away?

By Melanie McLane
(The Melanie Group)
Yesterday’s blog was about the increase in the average sales price in my home market of Jersey Shore A (small town, western Lycoming County, North Central PA, nowhere near the “shore”)  from $107,000 in 2010 to $129,875 (let’s just call it $130,000) in 2011.  That’s a 21% increase. Part of it is due to the Marcellus Shale industry, which is heavily impacting our market. Part of it (a small part) is normal appreciation. Despite the talking heads on TV, not all markets are overrun with foreclosures and short sales.             Even in markets not as robust as ours, buying power is in real danger of being eroded away—by rising interest rates. Interest rates have been historically low, and very low, for longer than any other time in my career (which is over 30 years). Here’s the math: borro... 11/17/2011
Comments 1 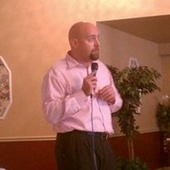 OIP in Mucy PA- DAMN is that good Pizza!

By Keith Pentz, Keith Pentz
(RE/MAX ADVANTAGE 1)
OIP in Mucy PA- DAMN is that good Pizza! I love being home in PA for Christmas and one of our family rituals is to go to Original Italian Pizza at 3 South Washington St, Muncy, PA. If you have never had Brooklyn/PA (there is a fight brewing right there, but let's say us versus the world Brooklyn) style Pizza then you are missing out...lots of cheese, thin thin crust, tons of toppings....fold it in half because you HAVE to not just for show! It is pure heaven and we have been going to OIP in Muncy for the past 20 years.  Amazing that I was a Senior in High School when they opened up...the food is DAMN! and the owners are fantastic..quick service, food served piping hot and great atmosphere...nothing more you could want! If you are EVER in the area stop by and visit and tell them Keith in... 12/26/2010
Comments 8

Finally a place to put down some roots!

By Kari Greenaway
Pennsylvania you are a balm to my heart! It was originally an E-Harmony match that brought me here (one that didn't last), but it was Pennsylvania and it's communities that kept me here. From seeing the Amish and their carriages to meeting local people. It's a slower pace than NH, but with the same beauty. The country is where I now call home. It's a beautiful farm in Cogan Station. What I enjoy the most is that within 20 minutes, I can have all the hustle and bustle that I want. I've noticed a genuineness about the people here. I'd never had what one would call a best friend until I moved here (and i'm 37). I just want to say Thanks to Pennsylvania for touching my heart like no other place in the U.S, and I look forward to meeting as many of you as possible! God Bless Kari L. Greenaway   09/17/2008
Comments 5

YOUR REAL ESTATE AGENT OF CHOICE between Florida and Pennsylvania!

By Linda Cullen
(Coldwell Banker)
Well, very soon - because that's my plan.  Of course there is the Pennsylvania pre-licensing course (I start tomorrow) and then the state test which I can take here in Florida.  And then, I can help YOU find the perfect fall and winter home with the beautiful changing leaves, deer hunting, and nearby skiing. And I can help YOU find the perfect winter home where the palm trees sway and the balmy breezes waft under the blue sky. And if you want to sell your home up north and live in Palm Beach County, or elsewhere in Florida full time - or, if you live in Florida but miss all your northern relatives too much and want to return to Pennsylvania, I will be able to help you with that too. And.....if the gas exploration of the Marcellus shale comes to profitability up there and you're moving t... 08/16/2008
Comments 1

I BELIEVE IN FATE - My Blog name of Pay Dirt

By Linda Cullen
(Coldwell Banker)
Well, okay so I just thought it was clever.  And then I went to a high school reunion in my hometown of Williamsport, Pennsylvania.  A classmate from high school talked me into this kicking and screaming.  And..... I thought .... Why????  There is always an answer, if you wait long enough and pay attention. On my last night of six, I was visiting with old friends/family and some of them were huddled around a TV.  I paid no attention until I had to step across them at one point and noticed immediately that this was not some network show.  Rather a "town meeting" right there, right then, IN my home town. Its focus was the relatively recent exploration and drilling for natural gas - with many of the potentially most prolific deposits being right there, UNDER MY HOMETOWN!  I sat down on the... 08/15/2008
Comments 0

By Melanie McLane
(The Melanie Group)
"Come and listen to my story ‘bout a man named Jed, poor mountaineer, barely kept his family fed."  I can't get the theme song from "The Beverly Hillbillies" out of my head these days.  What's putting it there is all the hoopla and activity in Lycoming County (and Tioga, as well) over natural gas. The gas lease folks have been diligently tracking down owners of land, trying to sign them up for leases. There are rumors of large ‘signing bonuses' and royalty payments in excess of 15%. It has made our once quiet county courthouse Recorder's Office a hotbed of activity, and there are rumors Mrs. Annabel Miller, the Recorder of Deeds, actually had to tell some of these folks how to behave. (!) New computer terminals were added; and the title searchers who work there all the tim... 06/18/2008
Comments 0

SKIP THE KOOL-AID, GET THE FACTS!

By Melanie McLane
(The Melanie Group)
I was starting a class today when one of my students asked me: "Is it true that this market is the worst it's ever been? There are agents in my office who have been in the business 20, 25 years, and they are saying this is the worst they've ever seen the market."  I said, unequivocably: "NO! This market is not the worst I've ever seen, and it sounds like the agents you are talking about have been sitting down and 'drinking the Kool-Aid' with the news media." With all due respect to the third estate, bad news sells; good news is a yawn (most of the time).  Additionally, trying to quantify the entire real estate market across the United States is like trying to give a  national forecast. What would you think if you turned on the weather, and the weatherman said: "It'll be cloudytoday, mos... 03/03/2008
Comments 0
Explore Lycoming County, PA
View all cities
Lycoming County, PA Real Estate Professionals