Open House BY THE BEACH!

By Trish Vasseur, Newport County Realtor
A brewery restaurant near Naval Station Newport, Coddington Brewing Company, has had Marshall Righter as its brewer since 1999.  Righter, after serving in the Navy, graduated from the Siebel Institute of Technology in Chicago, the oldest brewing school in the country.  Righter makes 30 to 35 different beers annually, with approximately seven available on tap at one time.  During the brewing process, he uses a rowing oar that at one time was owned by the grandfather of Coddington's owner, William Christy, to stir the "mash."  A favorite beer of Righter's is the Winter Warmer, a dark, flavorful and robust beer with 7.9 percent alcohol.  Each batch has 60 pounds of figs that he processes by using a meat grinder.  Righter says, "I go home smelling like figs." Coddington opened in 1995 and ... 01/06/2014
Comments 0 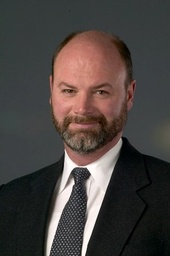