Real Estate Broker/Owner
Rhonda Burgess
As a native Nashvillian, I can help you when you're making the move to Nashville. I can help you find the perfect house and get acclimated to the Nashville culture, neighborhoods, and people.
Cell: (615) 554-0832
More Info

Down Payment vs Closing Costs

Buying a House with Student Loans - Make your DTI work

By Rhonda Burgess, Moving to Nashville TN Real Estate Specialist
(Southern Living Realty Partners)
Are you thinking about buying a home and you have a lot of student loans? Do you think that student loan debt will prevent you from buying a house? In this video I explain how I personally was able to buy a new home with substantial student loans. I explain the process so that you can do the same and achieve home ownership a lot faster than you thought was possible. To search the entire Nashville MLS, download the Homescout app from your app store and use my VIP code: 0832. For help with getting approved for a mortgage and buying a home in the Nashville area, please feel free to call Rhonda at 615-554-0832. Remember that home ownership is possible. You just have to know how to navigate the system and make it work for you. TTo search the Nashville MLS - download the Homescout app from yo... 08/31/2020
Comments 0

How to Increase Your Credit Score to Buy a House 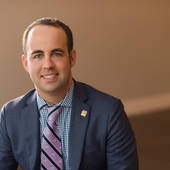 By Jay Cash, THE Auctioneer & Real Estate Broker
(James R. Cash II Auctions & Real Estate )
Growth more widespread in Rutherford, Williamson countiesBy Hollie Deese, Nashville Ledger • Condensed By Jay Cash“Most people know that the Nashville area is growing, but probably fewer realize how patchy that growth is,” says Ken Blake, a data journalism professor in MTSU’s School of Journalism and Strategic Media, who produced the analysis using figures released in December by the U.S. Census bureau’s American Community Survey.“Tract-level growth patterns matter, though, because they can end up influencing things like where local governments decide to build new roads or add new schools,” Blake adds. “They also can show where tree canopies and green spaces are disappearing, and they can hint at which areas might grow next.”Blake says Rutherford and Williamson counties, which posted t... 03/26/2020
Comments 1

By Larry Brewer - Benchmark Realty llc
(Benchmark Realty LLc)
Murfreesboro Homes for sale - The average price of Murfreesboro homes increased 4.8% in the last 12 months with the average price now at $232,291 for the month of May. The average list price to sales price ratio is 99.3% and the average days on market is down to 36 days.For those who don't read these statistics on a regular basis, it means that most homes are sold the first day or two on market for very close to list price. In some cases the sales price is higher than the list price.Buyers need to be prepared to compete, so have an agent who is experiences in this market. I can never remember a time when the number of homes under contract was more than those available. We have that now in Murfreesboro 563 Murfreesboro homes are currently pending sale 483 Murfreesboro homes are listed in... 06/28/2016
Comments 3 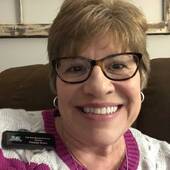 WHAT TO DO IN MURFREESBORO, TN ON FRIDAY NIGHT?

By Lee Ann Basile-Richards, Owner & Principal Broker
(EXIT Realty Homes & Land )
Located at the historic Cannonsburgh Village on Friday, June 17th from 7-9 p.m. 3rd Friday Night Music and Antique Auto show. Bring your own lawn chair or blanket and a summer picnic and enjoy the outdoor music sounds of the band, Rooted Wings and stroll through the grounds viewing all the hotrods and antique cars.This is a great event – fun for all ages and FREE! Dance the Night Away!This is part of a blog-series “What Makes Murfreesboro GREAT!”Want to know more about living in Murfreesboro? Feel free to call or email me and with questions.Or Search for homes in Middle Tennnessee here. 06/15/2016
Comments 3

By Larry Brewer - Benchmark Realty llc
(Benchmark Realty LLc)
Murfreesboro real estate for sale - The average price of Murfreesboro homes increased 14% in the last 12 months with the average price now at $230,095 for the month of February. The number home homes closing increased 15% to 251 compared to the same month in 2015. The absorption rate is still less than 3 months, even in February, so buyers have little time to make an offer when they find something they like. the list price to sales price ratio during February was 99% 251 homes sold during the month compared to 218 last February, an increase of 15% the average days on market is still very low at 55 days, just 10 days over the recommended time to close a loan 491 Murfreesboro homes are currently pending sale 659 Murfreesboro homes are listed in the Nashville MLS as available for purchase ... 03/24/2016
Comments 2

We Sold This House in Lavergne in 3 days.

By Rhonda Burgess, Moving to Nashville TN Real Estate Specialist
(Southern Living Realty Partners)
Lavergne TN Home Sold in 3 Days  Sold in only 3 days!!!!!   Another happy homeowner just closed on Friday, March 18th.  From the list date, this condo was under contract in only 3 days. This Lavergne home wasn't in the best condition and it sold for more than the list price.  The property needed paint and the carpet replaced and it STILL SOLD in only 72 hours If you want results like this and you want your Lavergne home sold fast, give us a call right now at (615) 554-0832.  This is the best seller's market in Lavergne in the past 10  years.  There is a serious shortage of homes priced less than $250,000 for sale.  Sellers are receiving multiple offers everyday and there is no better time to sell than now.    We Sell Houses In Lavergne Fast for Full Market Value The seller of this home ... 03/23/2016
Comments 8

By Rhonda Burgess, Moving to Nashville TN Real Estate Specialist
(Southern Living Realty Partners)
Lake Forest Estates Lavergne TN Feb 2016 Market Report Lake Forest Estates is one of the hottest selling neighborhoods in middle TN. In the month of February 2016, there were 19 residential sales in Lake Forest. It is a seller's market as demand is far outpacing supply. The median sales price per square foot was $92.19 with a sales price of $145,000. The average sales time was 57 days on the market from listing to closing. Property values are up 15% since 2015. As of March 3, 2016 there are only 3 properties available in Lake Forest. That's 3 properties available for sale out of a 6,000 home subdivision. Sellers often times have multiple offers on their Lake Forest Estates homes within the first week of listing the home for sale. This is the best seller's market in Lavergne and Lake For... 03/08/2016
Comments 1

How to Sell Your Home Fast in Lavergne TN

By Rhonda Burgess, Moving to Nashville TN Real Estate Specialist
(Southern Living Realty Partners)
What's My Lavergne Home Worth? Do you need to sell your home fast in Lavergne TN? We sell houses fast in Lavergne for full market value. We will gladly show you for free how much your home is worth and how quickly it can sell.  Is this your first time selling a house? Are you relocating? Do you need a larger home? Or are you down-sizing? Whatever the reason, Rhonda Howse with Southern Living Realty can sell your Lavergne home fast for the most money possible. It’s a seller’s market right now in Lavergne. There are more buyers looking for houses to buy than there are sellers. Sales prices have increased 15% from 2015. Now is to the time to take advantage of your growth in equity. Homes are selling fast in Lavergne and one of them can be yours. Don’t fall for a quick sale from an invest... 03/08/2016
Comments 0

By Rhonda Burgess, Moving to Nashville TN Real Estate Specialist
(Southern Living Realty Partners)
Residential Market Report for East Lavergne TN Feb 2016There were 29 residential sales in East LaVergne TN in February.  The East Lavergne Market contains all of the neighborhoods on the east side of I-24 such as Heritage Valley, Lake Forest Estates, and Madison Square.  This is an increase from 18 sales in the February of 2015. The median sales price per square foot was also up to $90.19 per square foot.  The median sales price was $140,808 with an average of 52 days on the market. Property values are up 10% from this time last year.  As of March 3, 2016 there are only 7 properties available in East Lavergne without a contract in place. Most homes for sale already have a contract in place as there are 74 properties with a contract in place or a pending closing.Now is the time to sell y... 03/08/2016
Comments 0

By Rhonda Burgess, Moving to Nashville TN Real Estate Specialist
(Southern Living Realty Partners)
Residential Market Report for West Lavergne TN Feb 2016There were only 9 residential sales in West LaVergne TN in February. The West Lavergne Market contains all of the neighborhoods on the west side of I-24 such as Cedar Grove, Woodland Hills, and Pinnacle Point. The 9 sales are down from 16 sales a year ago in 2015 but the sales price per square foot is up. The median sales price per square foot was $99.66 with a median sales price of $155,500. Homes sold on average after 44 days on the market. Sales prices are up 9% from this time last year. As of March 3, 2016; it is an extreme seller's market with only 2 properties available under $200k in West Lavergne without a contract in place. There are currently 14 properties for sale with a contract in place or a pending closing.For homeowne... 03/08/2016
Comments 0
Explore Rutherford County, TN
View all cities
Rutherford County, TN Real Estate Professionals