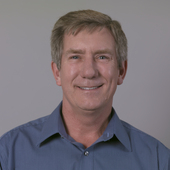 By Sam Chapman
The Hill Country Galleria mall being built in Bee Cave is exciting a lot of people in the south Lake Travis area.  That is is especially true now that some tenants have been announced.  The first business to open will most likely be a 16 screen Cinemark theater.  This will put movies 20 minutes closer for most area residents.  Other businesses named today include Dillard's as an anchor tenant, Barnes & Noble, New York & Co., Ann Taylor Loft, Eddie Bauer, Victoria's Secret and Chico's.Development in the area has been on fire over the last several years.  The City of Bee Cave as well as Spicewood and Lakeway have seen massive growth.  Bee Cave is actually one of the fastest growing cities in Texas.  A major reason that the mall is goin gin is the affluence in the area.  The price of homes... 12/08/2006
Comments 8

By Sam Chapman
The City of Bee Cave is a pain in the neck to navigate through these days.  Traffic has increased incredibally and there is major construction going on.  A road running from Bee Cave Rd. to RM 620 has been under construction for a while.  This road will be a great way to avoid the intersection of 620 and HYW 71 when it is done.  The problem is that the road won't be completed when everyone thought it would.  Apparently the hold up is with utility providers who have not done what they need to do. 12/07/2006
Comments 0
<< Previous 1 2 3 4 5 6 7 8 9 Next >>
Explore Bee Cave, TX
Bee Cave, TX Real Estate Professionals