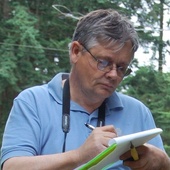 Amazing advertising pictures for the soon to be high rise in Bellingham!

By Steven L. Smith, Bellingham WA Home Inspector
(King of the House Home Inspection, Inc.)
Believe it or not, the image above and the link below, are promotional material depicting the soon to be Bay View Tower in Bellingham.  After some local debate, among residents and planners, people in Bellingham have been learning more about this new high rise condo that is going in by the bay. This picture, and the website promoting it, are amazing. It looks like a building one would find in Seattle. People are supposed to be moving into it within a year and it is advertised as about 85% reserved at this time. Times they are a changing, yet again. We will see how it all washes out and if it ever goes in. Thanks for looking, Steven L. Smith www.kingofthehouse.com 04/27/2007
Comments 1

By Michael Eisenberg, Bellingham Real Estate Guy
(eXp Realty)
Residents of Fairhaven have said they don't want tall bullrings in the area, according to a recent poll of Bellingham's south-side neighborhood. What they would like is preservation of the character of the historic neighborhood, followed by preserving the neighborhood's pedestrian emphasis, natural habitats and views of Bellingham Bay, respectively.  This is basically in opposition to the 10 story building proposed near Harris and 8th Street known as Fairhaven Square, presently on the drawing board and helled up by negotiations over the permit with the city. Any thoughts on the subject from you my readers. 04/27/2007
Comments 0 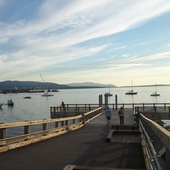 FHA Reverse Mortgages (HECM) are on the rise, what are the requirements? Call Bennett Appraisals for all FHA appraisal Services.

By Bennett Appraisals
(Bennett Appraisals)
There is a popular option for borrowers aged 62 and older; The (HECM) FHA insured reverse mortgage. This is an option for homeowners owners age 62 and older to convert the equity in their home into monthly streams of income and/or a line of credit to be repaid when they no longer occupy the home. The loan, commonly known as HECM, is funded by a lending institution such as a mortgage lender, bank, credit union or savings and loan association. Interested parties can get help and counseling by a HUD-approved HECM counselor and they will help you see if you qualify.Homeowners who meet the eligibility criteria can complete a reverse mortgage application by contacting a FHA-approved lending institution such as a bank, mortgage company, or savings and loan association. For a list of HECM FHA a... 04/27/2007
Comments 3

By Kevin Huntley
(REMAX Whatcom County)
Bellingham Marine TransportSpecialized Marine Transport and the "Tin Boat ll" is your ticket to the San Juan Islands. These guys haul everything from Camping needs, housing needs, lumber packages, vehicles, heavy equipment, even take people Scuba Diving,  and every thing else to all remote beach or no beach landings. SMT is a family owned company that is ran by Bob and Chad Huntley a father son team which over 50 years experience through the San Juan islands and beyond. If you have any questions about Specialized Marine Transport please feel free to call anytime. Specialized Marine Transport H (360) 595-0390 C (360) 820-0831 4823 Whitney Street Bellingham, WA  98229 Bellingham homes for saleAs a family member always going back and forth from Sinclair Is. you guys are a blast to work wit... 04/26/2007
Comments 2

By Eric Badgley, Bellingham Real Estate
(Keller Williams)
Bellingham Virtual Tours70% of all home buyers use the Internet when purchasing a home.  Being able to look up information about the homes price, location, bedrooms etc.. is important; it is the age of the Internet now we are able see homes through Virtual Tours.  Bellingham Buyer Tours are great you can view homes as if you are standing right there.  Take a ride with me and view all my Featured listing in My Bellingham Virtual TourBellingham Buyer Tours  Eric Badgley is leading expert in Bellingham WA Real Estate sales. Working with buyers and sellers throughout Bellingham and Whatcom County, Eric, along with his partner Angela Gardner, were the leading sales team at Prudential Kelstrup Realtors in 2006. 04/25/2007
Comments 0

By Michael Eisenberg, Bellingham Real Estate Guy
(eXp Realty)
Beginning May 29,Skybus Airlines will begin low-cost once-a-day flights from Bellingham to Columbus, Ohio.Why Columbus? That's the headquarters city for the new airline that is staking its success on offering the lowest available fares. From Columbus, the country's 15th largest city, local travelers could connect to major East Coast destinations such as New York, Washington, D.C., and Boston."Beginning today, passengers can buy airline tickets for less than the cost of a tank of gas," CEO Bill Diffenderffer said Tuesday in a press release. He has pledged his new airline will offer at least 10 seats at $10 one way on every flight. Until when? Always."These are not promotional fares that will go away in a couple of weeks," Diffenderffer said. "These are the everyday low fares we promised ... 04/25/2007
Comments 2

By Eric Badgley, Bellingham Real Estate
(Keller Williams)
Edgemoor Neighborhood Bellingham Stuck between Chuckanut and Fairhaven, on a little extension of land you'll find the Edgemoor Neighborhood. There are a number of small communities to choose from inside Edgemoor real estate, every part of belonging to the Edgemoor Neighborhood Association, a non-profit group which keep up the community's outstanding class of life. Edgemoor's location is close to the services of Fairhaven, and most houses are within a short distance of the Amtrak Station and the Alaska Marine Highway. If you need information on Edgemoor Conact your Edgemoor Realtor 04/25/2007
Comments 0

Bellingham recognized as a national leader in renewable energy.

By Michael Eisenberg, Bellingham Real Estate Guy
(eXp Realty)
The city of Bellingham is the first city in Washington to be designated a "Green Power Community" with the Columbia neighborhood leading the city with the Central Business District and the Fairhaven Neighborhoods following. The city received this designation for purchasing more than 11% of all the electicity used in the city coming from renewable resources. The EPA estimates this has the effect of taking 10,000 passanger cars off the road."Bellingham has set a national example as the most effective Green Power Community in the country," said Congressman Rick Larsen. "As Congress works to address these critical issues, we're looking to cities like Bellingham for lessons we need to learn. The time has come to invest the energy of our nation in the energy of our future."Puget Sound Energy... 04/25/2007
Comments 0

By Eric Badgley, Bellingham Real Estate
(Keller Williams)
Angie Seo Bellingham Angie Seo Bellingham ;is a great asset to Bellingham Mortgage loans. Are you a first time homebuyer, unsure of what steps you need to take to establish home ownership? Need to refinance to payoff debt? Maybe you are looking for a construction loan to begin building the home of your dreams....look no further. As an experienced Bellingham loan officer with Security First Mortgage, Angie Seo has you covered. Angie Seo MortgageAngie Seo is young, aggressive and willing to work hard for your business. If you are in the market for a Bellingham Mortgage call Angie first. If you need help with bellingham loans contact here at angies@sfmiloans.com  04/25/2007
Comments 0

By Eric Badgley, Bellingham Real Estate
(Keller Williams)
Chuckanut Nieborhood Bellingham Chuckanut Neighborhood is located in a little area of land between Larrabee State Park, and Bellingham Bay.  Chuckanut Bellingham is one of the most scenic areas of Whatcom County, and has beautiful Luxury Homes.  There are many communities like Brighton Crest  that have Very nice Homes. For more information about chuckanut Real Estate contact Eric Badgley 360-920-9249 04/24/2007
Comments 0

By Eric Badgley, Bellingham Real Estate
(Keller Williams)
South Hill Neighborhood Bellingham The South Hill Neighborhood bellingham is a small area of land between WWU and Bellingham Bay.  South hill has always been a desirable part of town, and many of bellingham's earliest citizens built homes here. South hill has beautiful Vintage homes that have been around for almost a century. If you need information on South Hill Real Estate conact eric@buywhatcom.com  04/24/2007
Comments 0

By Eric Badgley, Bellingham Real Estate
(Keller Williams)
The Sehome Niehborhood Sehome hill takes up a large area of the Sehome Neighborhood bellingham.  Sehome hill rises about 650 ft from bellingham bay the top of the hill is owned by WWU and the city of Bellingham and still remains undeveloped.  Most of the Sehome bellingam neighborhood has views of Bellingham Bay or Mount Baker.If you need information about Sehome Real Estate contact Eric Badgley eric@buywhatcom.com  04/24/2007
Comments 0

Get Ready for Dirty Dan Harris Days, April 28-29 in Fairhaven

By James Knapp
(Remax Whatcom County INC)
It's been awhile since I've worked on my blog, but I am back!To give an update...Lately I've been very active on my Yahoogroups site and have learned a lot about just the way things are done in a semi-public profile.I am glad to say that I have been invited to apply for an appointment on the Sudden Valley Community Association Board, and have done so happily. It was my intent to get active and involved in my community on the grander scale and no doubt my efforts have awarded me the confidence of the Community Association to hopefully represent the Valley.We'll see on Monday Night where that interview process takes me! Stay tuned...James 04/20/2007
Comments 1
<< Previous 1 2 … 185 186 187 188 189 190 191 192 193 Next >>
Explore Bellingham, WA
Bellingham, WA Real Estate Professionals