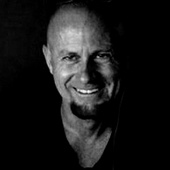 The History Of Mother's Day: More Reason For Pride

By Jeff Turner
(RealSatisfied)
If you're from Grafton, West Virginia,you learn the history of Mother's Day at an early age. Why? Because the first Official Mother's Day church service was held in the Andrews Methodist Episcopal Church in downtown Grafton on May 10, 1908. I was born in Grafton, WV. I still have a farm there that we visit each summer. As a young boy, I took great pride in this piece of Mother's Day history. Even now, as an adult, it is a source of pride. The fact that my wife now writes a blog called Muthahood.com only strengthens that pride. But it's only part of the story.Mother's Day Is An Important Part OfThe History Of The Women's Rights Movement.I grew up thinking that Grafton native, Anna Jarvis, created the idea for Mother's day. This is not the case.The concept of Mother's Day was first put fo... 05/11/2007
Comments 30
Explore Grafton, WV
Grafton, WV Real Estate Professionals