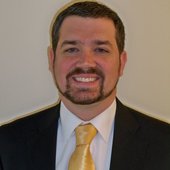 By Dale Samples, REALTOR -Homes for Sale Charleston, West Virgini
(304.741.4705 • www.dalesamples.com )
Market Report: South Charleston WV real estate moves quickly! South Charleston WV homes for sale really fly off the shelf! The median days on the market for December 2011 was 35! South Charleston, a suburb of the capitol city Charleston is easily accessible off the major interstates that snake their way through the valley. It has a small town feel to it, but with the amenities of cities twice its size. The median price in December 2011 was $66,500, while during the same period last year it was $109,000. This was more of a lack of inventory than a depressed market.   12/31/2011
Comments 2

By Sarah Cooper
(Real Estate Shows)
Last weekend I took my family to the Criel Mound in South Charleston. It’s such a fixture in our area that it’s usually just called “the mound” and is used as a traffic landmark. We don’t talk about the mound so much as its relation to the shops and businesses that have grown up around it. But I knew a little of the story and was curious. I asked my daughters what they knew about it. Little One had studied it just last week, but hadn’t mentioned it until I asked. Tall One learned about it last year, but remembered a little, too. My husband, who didn’t grow up around here, didn’t even know it was anything more than a hill. It is much more than a hill. It was built somewhere between 250 and 150 B.C.E. by people of the Adena culture. These mounds were built as memorial gravesites, much li... 10/01/2007
Comments 11
Explore South Charleston, WV
South Charleston, WV Real Estate Professionals