How Much Will I Pay For Health Insurance In Retirement?

2 Comments
I have posted the new Caregiving section to my website.  I still have to tweek a few things and add a few more links, but it is pretty much done.  I'd be interested in feedback from you all, especially on the usefulness of it. http://www.agapelongtermcare.com/caregiving.html Thanks, Skip

0 Comments
A warning for seniors.  This is scary stuff: http://www.latimes.com/business/la-fi-lew20-2009dec20,0,2016408.story Like fire, reverse mortgages are great if used correctly.  But abuse can come from the least expected sources.  Just beware!  It isn't so much about the reverse mortgages, but the sc...

2 Comments
Caregiving is one of the most loving jobs in the world.  Since no one wants to be a Caregiver, they do it because they love someone and want to help them.  So much so, that they give up their own lives to give them physical, emotional, and financial aid.  As someone said, "They're giving the meda...

Another WSJ article on picking the right Medicare plan

0 Comments
This is important because many Medicare Advantage Plans are eliminating some of their plans because of the government cutbacks.  If you don't chose a different one that gets cut, you automatically get placed in traditional Medicare.  You may want to look at the previous article (Medicare for Dumm...

Article on Medicare from WSJ, could be called "Medicare for Dummies"

2 Comments
61.1...Percentage of working-age Americans covered by employment-based health insurance in 2008, down from a high of 68.4% in 2000. (Employee Benefit Research Institute)  15.5...Millions of dollars spent by the 14 major health insurers & industry associations on campaign contributions & lobbying ...

Wall Street Journal article with a twist on reverse mortgages 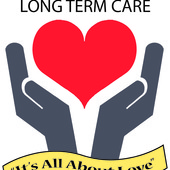