0 Comments
Enjoy the quiet of Twin Lakes Condo Community in New Port Richey So everyone knows Florida got hit hard in the current market correction.  My area, just north of Tampa Bay area, got hit harder than most areas in Florida.  Drive down a street and you will see lots of For Sale signs.   However Twin...

Could you use a pick me up??? WARNING Extreme Jealousy may Result

8 Comments
so I am spending this afternoon in my Google alerts reader and came across this touching story of Americana.  How things used to be, and stark contrast to the snapshot of America you see today.  Tissues may be required as you read this touching tale of a happy marriage over the course of a lifeti...

7 Comments
Sunset on the Gulf of Mexico.  Hudson Beach, Florida April 12th, 2010 Amazing where some people decide to stand, don'tcha think? LOL And another person with impeccable timing.  But like I tell them all, with digital camera's it does not matter, because I just take another picture, unlike film.

What is this Twitter thing everyone is talking about

6 Comments
What is this Twitter thing everyone is talking about What are hashtags? what is a retweet? how do i build a following? How do I find a job on Twitter? All these questions and more are answered in @Mashable 's The Twitter Guide Book than I hope will follow @Mashable as well as me. I am @LoveTheGulfRE

You just never know when you will catch a Great Photograph

13 Comments
You just never know when you will catch a Great Photograph I must admit, I saw the spectacular image while heading home.  What might surprise you is that I took the picture from my car traveling at 50 miles per hour.  Yet you have the imagery created by the illusion created by the clouds as well ...

Dear Seller - Ten Sure Fire Ways to Distract Buyers from Focusing on Your Home.

0 Comments
There is some great common sense that some sellers do not consider when selling a home.  Let the buyer take emotional occupancy of your home and they are more likely to buy than if you make them feel uncomfortable in your house.   It really is that simple   Please give any comments to the ori...

Is LinkedIn about to pull a Bebo? 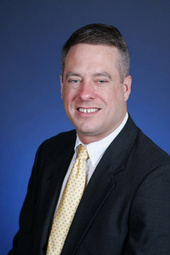 All information provided is deemed reliable but is not guaranteed and should be independently verified. Properties subject to prior sale or rental