By James Dray, Exceptional Agents, Outstanding Results
(Fathom Realty)
Clement Biddle was born in Philadelphia, Pennsylvania back in 1740 to John and Sarah. He married Mary in 1764. Their first child died at childbirth, there is no other information on what happened to Mary. He married Rebekah and they had for children, three of them made it to adulthood.He served in the American Revolutionary War fighting in battles you may have hear of, let’s see how about the Battle of Princeton, the Battle of Brandywine, the Battle of Germantown and the Battle of Monmouth. He was the Commissary General at Valley Forge under George Washington. After the war he was made quarter-master general of the Pennsylvanian troops.Now the all-important question, can you tell me one of the things he is written in the history books for? Again you’re in luck, he was the first U.S. Mar... 07/12/2016
Comments 11

By James Dray, Exceptional Agents, Outstanding Results
(Fathom Realty)
Thanks for stopping by and taking time out of your day to read my post. My intent is to put a smile on your face. Hopefully you’ll go away with some information you may have forgotten about or did not know. Now sit back and enjoy the post for the day.Caleb was born in Onondaga County, New York back in 1811. He attended the Chittenango polytechnic institute. He worked as a farmer until 1838, he was an active abolitionist. He became the secretary to the Massachusetts Anti-Slavery Society from 1840 to 1844. He bought the abolitionist newspaper “Albany Patriot” and wrote for it until in 1847 due to failing health he was forced to retire.After being forced to retire due to his ill health he focused on getting better. He went to a spa and saw a remarkable recovery after taking a “water cure”.... 06/17/2016
Comments 15 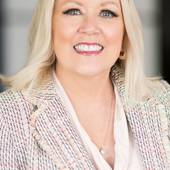 No Money Down! RD Loan Eligible

By Paula Prince, Top 10% Grossing REALTOR in NWA
(Better Homes and Gardens Real Estate Journey)
1513 Hutchinson, Pea Ridge, AR  - 10 minutes from I-49This beautiful well-maintained home is available for Rural Development - No money down - 100% LoansThis home is located very close to Pea Ridge High School and ball fields. It is in the desirable Standing Oaks subdivision - great community pool!  It is all brick, low maintenance exterior with privacy fencing in the back yard. Estimated payment could  be as low as 850.00 per month!Pea Ridge News - A Great Place to LivePea Ridge is the home of the annual "Pea Ridge Mule Jump" . Mule Jump will be held next to Pea Ridge High School,at the junction of Weston St. and McCulloch St., on October 15th, 2016.Pea Ridge Mule Jump Pea Ridge Band is amazing! At the annual Region Concert Assessment in the Arend Arts Center at Bentonville High School... 04/14/2016
Comments 3

By Paula Prince, Top 10% Grossing REALTOR in NWA
(Better Homes and Gardens Real Estate Journey)
This home is an elgible address for  USDA ( Rural Development) Funding . You could buy this home for zero to very little down!  Are you a first time home buyer? Could this home be for you? Why pay more in rent than your payment to own. Awesome neighborhood , Standing Oaks. with community pool This home is  convenient to schools and shopping . Riggins built quality home, with recent updated flooring, full fencing, crown molding, blinds and beautiful stonework. Pride of ownership shows in this meticulously maintained home. This home is located in USDA eligible area. - Potential for 100 percent financing!  Brenda Duggan at Table Rock Community Bank is interested in helping you! 417-248-2075I spoke with her last week.  She explained that one requirement is that a 4 person household has an... 02/24/2016
Comments 0

By James Dray, Exceptional Agents, Outstanding Results
(Fathom Realty)
I have a “goombah” do you? Yes I do have one of these.  When you know the meaning I bet most of you have one also.  They are numerous and are willing to help if you let them.  Mine calls me about every other month.  We have good times but I guess now if you haven’t figured it out the meaning of (goom’ba) is an older man who is a friend, protector or advisor.  Mine is 6 months older and he has been my friend since the 6th grade.  In fact he’s trying to sell his home and move up here so we can golf more.  YEA FOR ME!!!     01/01/2012
Comments 8

I am “sagacious” are you?

By James Dray, Exceptional Agents, Outstanding Results
(Fathom Realty)
I am “sagacious” are you? I have this problem I’m glad to say.  I bet in some sense you do to.  The question is what and how many do you possess?  I’m going to post five and I think I have all five.  Of course that’s my account if you ask some people I know I bet you would get another answer.  So anyway let’s get to the task at hand the meaning of (se ga’ shes) is having or showing keen perception or discernment and sound judgment, foresight, etc. having a keen sense of smell.  Now how many do you possess?   12/15/2011
Comments 16

May you be the recipient of “benignity” this year…?

By James Dray, Exceptional Agents, Outstanding Results
(Fathom Realty)
May you be the recipient of “benignity” this year…? OK I truly hope this happens to you.  The question is are you going to return it or give it to someone else?  It’s your call so don’t ask me what I would do because I will either return this to the one who gave it to me or I will give it to someone else.  By the way the meaning of (-ne te) is a kind act kindliness.  So are you going to be kind to someone who was kind to you or pass it on?  Enjoy the rest of the year. 11/29/2011
Comments 12

Did you ever see GOD grandpa?

By James Dray, Exceptional Agents, Outstanding Results
(Fathom Realty)
Did you ever see GOD grandpa? Grandson was fishing with grandpa and asked him, “Grandpa have you ever seen GOD?”  The grandfather looked at the sunset, the calm waters and the fish in their bucket.  After some consideration he said: “Son all I see lately is GOD and his wonders.”  How often do we not see the obvious when trying to get to the end of the task at hand?  Take some time before you answer just as grandpa did.  Now what say you? 09/26/2011
Comments 10

“Cacophony” has been used on me more than I can count

By James Dray, Exceptional Agents, Outstanding Results
(Fathom Realty)
When I was a cop I had people do this to me and if I had a dollar for every time I would be relaxing on a beach in an undisclosed location with an adult beverage.  Anyway, having said that I have not had this happen to me since I became an agent.  I wonder has it happened to you and if so will you share this?  Now for the meaning of (ke kaf’ e ne) is harsh-sounding, bad or evil.  So tell me the story I’ve got all day   09/13/2011
Comments 8

By James Dray, Exceptional Agents, Outstanding Results
(Fathom Realty)
Confidence I was at church this last Sunday and the pastor was talking about confidence.  Of course as one who always am interested in boosting my business this got me to thinking.  You as an agent do you exude confidence to your clients?  Do you know the listing, buyer, contracts and are you comfortable with them or do you really know them?  The difference is not much but people can tell by the way you present the contracts whether you know them or not.  Be confident and show confidence in yourself and your work.  Remember if you don’t someone else will.  Enjoy the day. 09/02/2011
Comments 7
<< Previous 1 2 3 4 5 6 Next >>
Explore Pea Ridge, AR
Pea Ridge, AR Real Estate Professionals