How Much To Offer On A Property?

By Caroline Chai
(RE/MAX Realty 100)
Since it is a buyer's market now, the most logical way is to make an offer based on appraisal value.Appraisal value is derived from comparing similar properties recently sold in the same area within past 6 months. You can obtain estimated instant valuation at Zillows and Yahoo, here's the links:www.zillow.com realestate.yahoo.com/HomevaluesSince value is only an opinion, most likely you will get different numbers. However, they will give you a good ball park idea of it's worth. Depending on how much you like the house and number of bids on the property, you can consult with your agent on how much to offer since you are now educated about the true value of the property. 09/04/2008
Comments 0

By Caroline Chai
(RE/MAX Realty 100)
For investors who move into their investment property in order to claim the $250,000 home sales profit tax-free capital gains exclusion ($500,000 for couple), the new law passed in July has closed this lucrative tax loophole.Instead of the old all-or-nothing proposition, under the new Capital Gains Exclusion rule, the exemption is a ratio. If a home seller occupied a property as a primary residence in 2 of the last 5 years, he would be entitled to only 40% of his capital gain tax-free instead of the old 100%. The new rules will be effective starting January 1, 2009. Homeowners selling in 2008 are exempt. 08/16/2008
Comments 5

By Caroline Chai
(RE/MAX Realty 100)
For upside down sellers who "NEED" to sell their properties and do not want to damage their credit, short payoff is another option to get the property disposed.With short payoff, when you sell your property, the bank will allow you to sell it for less than what you owe provided that you carry an unsecured loan for the difference. The process is relative easy and fairly quick on short payoff vs. a 2-4 months processing time on short sale, thus guarantee the successful selling of you property. 08/09/2008
Comments 6 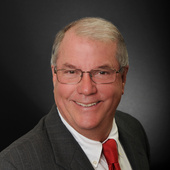 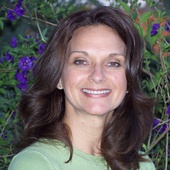 By Caroline Chai
(RE/MAX Realty 100)
This 4270 sq ft colonial mansion in "The Country" estates was sold in February 2007 for $1.65 million. It was foreclosed by the bank and the lender put it on the market for sale on 04/25/08 for only $1.2 million.Like any other bank owned properties, the house is sold in as-is condition. It has a large flat usable lot of 73,616 sq ft with room for pool and tennis courts. It also has panoramic mountain view.House is upgraded with wood floor entry and circular drive way. Gourmet kitchen has granite countertop, stainless steel appliances and 2 cooking islands. It also has a movie theatre with wall speakers, drop screen and theather chairs.If you are interested in take a look at this house, please call Caroline at 626-922-8408 for viewing. 04/25/2008
Comments 3

The Country Estates in Diamond Bar

By Caroline Chai
(RE/MAX Realty 100)
If you are looking for a luxury home with acreage lot in an upscale guard gated community, you'll find it in The Country Estates in Diamond Bar.As of today, there are 16 homes for sale and the price is ranging from $960,000 to $5,500,000. Click here to see all of them.Since houses in The Country Estates offer acreage lots, you can enjoy the country ambiance with city convenience. It is also a terrific place to raise kids who can attend excellent Walnut schools. 04/19/2008
Comments 0

By Caroline Chai
(RE/MAX Realty 100)
Every time a tenant move out, it will cost approximately 3 months rent to bring in new tenants. The cost includes vacancy, advertising cost in securing next tenant and cost to repair and clean the house in rent ready condition. Therefore, for long term investment properties, it is best for the landlord's to sign a longer lease term to minimize the cost of changing tenants. 04/08/2008
Comments 3

By Caroline Chai
(RE/MAX Realty 100)
What happens if a rental is overpriced? Mostly likely 2 things will happen. It will stay on the market for a long time or it will be rented to someone most landlords will not consider such as short term renters or people with poor credit.Therefore, it is very important to price it at the market rent to avoid unnecessary delay on securing qualified renters. If you are looking for an experienced agent to assist you in getting the house rented fast, please contact Caroline Tsou at (626) 922-8408. 04/01/2008
Comments 0

By Caroline Chai
(RE/MAX Realty 100)
Have you ever driven by the little park on Golden Springs between Grand and Diamond Bar Blvd? At the first glance, Sycamore Canyon Park seems like any other park. However, once you drive into the park, you'll find a 54-acre of outdoor fun with enchanting walking trails along the beautiful creek. If you follow the walking trails to the very top of the hills, you'll see the spectacular view of the whole valley.It is always so lovely to go to Sycamore Canyon Park where we can enjoy nature right in the city of Diamond Bar. 03/27/2008
Comments 0

By Caroline Chai
(RE/MAX Realty 100)
In 10 years, from 1997 to 2006, California median home price rose 205% from $186,490 to $569,350. During those years, I saw investors making $100,000 in a year even on a one-bedroom condo. The amount of money made by small investors was like California Housing Gold Rush.Thanks to the good weather, historically, California has been blessed with large immigrant population from out of states or other countries to create steady increase on the housing demand. Surprisingly enough, from 1968 to 2006, there are only 7 down years. Of which the greatest decline in one year is a moderate 4.5% in 1993.In 2007, we saw a 16.5% decline on California median price. From my observation of the large amount of bank owned and short sale properties on the market this year, I am not too optimistic about the ... 03/23/2008
Comments 0

To Rent Or To Buy

By Caroline Chai
(RE/MAX Realty 100)
If you can not decide between buying and renting, there are 2 things to consider. Since it will cost at least 2 to 3 times more to own a similar house in the same neighborhood, the first question to ask is whether you can realistically afford to buy a house than renting.If the answer is yes, the second question is whether it is worth it to own it? The plus side of owning is enjoyment of the house and tax benefit. The down side is property maintenance and dealing with the fluctuation of the market value.As a side note, if you planning on living in the house for a long time, it really does not matter how much the house is worth until you are actually selling it or doing a refinance.I think it is a great idea to own a house. It is like saving money into your own house piggy bank. However, ... 03/21/2008
Comments 2

By Caroline Chai
(RE/MAX Realty 100)
It is Friday and Friday is fun! For the kids and kids at heart, this is the time of the year to hop around for some egg-citement! 03/20/2008
Comments 0

By Barbara Rounds
(Coldwell Banker Tri-Counties)
Cal State Fullerton Night & Diamond Bar Little League.6:00pm April 26th at Cal State Fullerton Campus. Contact little league on the amount of tickets you would like. This is a great night for the kids to see the "Big Boys" play. 03/11/2008
Comments 0