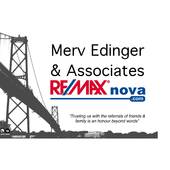 By Merv Edinger & Associates
(Remax Nova)
Lake Echo is a community that is part of the Halifax Regional Municipality in Nova Scotia, Canada; approximately 15 kilometres east of Dartmouth following Highway #7 or Highway #107. As of 2006, the population was 3,527 .  Origionally, mostly a cottage country, there are a lot of smaller homes with lakefrontage interspersed with large upscale homes also offering lakefrontage.  The area is mostly residential, with several subdivisions built in the 1980s and 1990s. On June 13, 2008 a forest fire broke out destroying two houses , damaging several others and 6000 acres burned . The fire was believed was cause by a camp fire and the Royal Canadian Mounted Police laid no charges however it was determined that residue from Hurricane Juan fuelled the fire .The fire was the largest in an urb... 01/16/2012
Comments 0
Explore Lake Echo, NS
Lake Echo, NS Real Estate Professionals