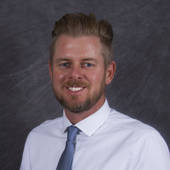 No Peeking down town Boulder City.

By John Calvert, Broker Salesman, Desert Sun Realty & Associates
(Desert Sun Realty)
Some interesting covered objects are appearing downtown Boulder City. I noticed these today on my way to the office and snapped a few shots while blocking traffic. :) I'm thinking that being so close to the 4th of July festivities, this must be some statues honoring someone.I'm just impressed that the city is having fun with the 'No Peeking' sashes that are around them. If they were trying to get us curious, it's worked on me. 06/27/2007
Comments 1

By Penny Andrews
(Universal Realty, Inc.)
At least once a week, someone asks me, So, how is your real estate business doing?  How is the inventory in Boulder City? I'm going great!!  I enjoy repeat business and referrals, and I am happy to report, we do not have excess inventory in Boulder City!  We have fewer than 200 properties for sale.  This is normal for us.  We always have people ready to buy a property if they can find the one they like from our small inventory.  And, once they get over "sticker shock" they usually go ahead and buy in Boulder.  If not, Henderson is just over the hill. The quality of life in Boulder is not the same as in Las Vegas.   There is no gambling in Boulder City.  There are a lot of retired people.  Some people have lived here for 50 years -- that's stability.  It's a lot like junior high school -... 06/11/2007
Comments 0

By Penny Andrews
(Universal Realty, Inc.)
OK, here's the deal.  We are in a balanced market.  Don't listen to the doom-and-gloom folks.  Just look at the balance in the market place.  We have almost 2 million people here, so of course we have 23,000 properties for sale.  Thousands are still moving to the Las Vegas area each and every MONTH.  We have lots of buyers and tenants coming here every day, and luckily we have lots of homes available.  It is not the end of the market; interest rates are still low; employment is high; it's a good time to buy a home AND you have a lot to choose from.  It doesn't get any better.  We are selling over 3,000 properties a month.  The rush is over, we're back to business-as-usual in Nevada.  I've been involved in real estate here since 1980.  I'm not worried!  I love these times.   I can focus ... 06/05/2007
Comments 2

By Jacqulyn Richey, Las Vegas Real Estate
(Prominent Realty Group)
Historic Boulder City is located just outside of the Las Vegas/Henderson area.   The town came into being with the construction of Hoover Dam back in the 30's.  The town housed the workers and slowly grew over the years. Boulder City wasn't incorporated until 1960. Boulder City has remained a relatively small town, despite nearby Henderson and Las Vegas' explosive growth. The main reason being a strict growth policy set up by the town fathers.  The result is that the town has retained its small town roots and values over the years. Downtown Boulder City has been revamped to preserve some of the town's heritage. The crown jewel of downtown BC is the Boulder Dam Hotel, built in 1933.  Boulder City is also home to a brand new Veterans center, two golf courses and a small airport. If you ar... 05/21/2007
Comments 0

By GUY Trendz, Home Gifts and Products for Men
(GUYTrendz)
Boulder City real estate offers amazing access to stunning features of Southern Nevada. It is a quiet community tucked just over the mountains southeast of Las Vegas. It is a short drive from Lake Mead and the Hoover Dam to the east and from the Las Vegas Strip to the northwest.Several mountain ranges (McCullough Range, Black Hills, River Mountains, Eldorado Mountains) surround the communities couched at the northern tip of the Eldorado Valley. Great views and outdoor activities are a short drive away.Boulder City homes may be difficult to purchase. The city has imposed narrow growth regulations. Its residents enjoy strong housing values and controlled building...more on Boulder City... 03/26/2007
Comments 0

By Jacqulyn Richey, Las Vegas Real Estate
(Prominent Realty Group)
Lake Mountain Estates is located in the sleepy little town of Boulder City, Nevada. Boulder City was created as a result of the Hoover Dam project.  Its unique because of its controlled growth, small town atmosphere and a ban on gaming within city limits. That's right, no gambling is allowed in Boulder City. Lake Mountain Estates is a manufactured home community just off of the highway overlooking Lake Mead. Home owners within the community own the property their homes reside on, but what makes this community unique is that its the only age restricted community in Boulder City. The association fees are very reasonable, approximately $20 per month and the community has a nice community center with a swimming pool for residents.  Lots sizes are generous and many residents have oversized o... 10/30/2006
Comments 0

By John Novak, Henderson, Las Vegas and Summerlin Real Estate
(Keller Williams Realty The Marketplace)
This weekend the small, friendly city of Boulder City, Nevada (population 15,367) welcomes nearly 100,000 art lovers to Wilbur Square, Escalante and Bicentennial Parks for the 44th annual 'Art in the Park.' Sponsored by the Boulder City Hospital Auxiliary, it is a major fundraiser for the non-profit Boulder City Hospital.The two-day event features artists from across the nation including painters, sculptors, glass artists, photographers, woodworkers, jewelers, crafters, and mixed media artists. Ribbons will be awarded in the Fine Arts, Fine Crafts and Crafts categories along with a 'Best in Show' award.Attendees can view work from more than 200 artists as they stroll the three parks in downtown Boulder City. There will be a raffle of donated art pieces, as well as food and drink vendors... 10/07/2006
Comments 3