Industry Observer
Allan Rolnick
End the IRS nightmare and get peace of mind now. Stop being a captive of the IRS, and free yourself from tax debt. Pass the stress to us and we'll help you get your life back.
Cell: 917-391-8467
Office: 718-841-7317
More Info 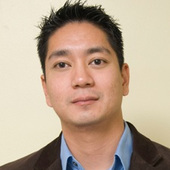 By Michael Ha Elmhurst, Woodside, Maspeth
(Rego Park, Forest Hills, Jackson Heights, Corona, Middle Village)
2 bedroom, Sunnyside, NY 11104 The Plymouth Building   This 2 bedroom, Sunnyside, NY 11104 The Plymouth Building, is in a middleclass neighborhood located in the borough of Queens, West of New York City. It is enveloped by the borders of Long island City to the West, Maspeth to the South, Woodside to the East, Astoria to the North and Hunters Point. The name of the place, Sunnyside, was derived from the nearby Sunnyside Hill Farms which was owned by the Bragraws. Sunnyside has been considered as a Bedroom Community or Commuter Town since 1909, right after the completion of the Queensboro Bridge, because of the number of commuters who live in the area and that most of the buildings around the neighborhood are mostly apartment buildings of around 6 stories high in average; this suggests t... 02/11/2014
Comments 6

By Vicente A. Martinez, Realtor, Brooklyn - Long Island - Queens Homes
(Prudential Douglas Elliman Licensed Real Estate Salesperson)
Let me begin by saying I was a huge fan of del Toro's first Hellboy & Pan's Labyrinth. These flick was directed and written by Guillermo del Toro (director of Pan's Labyrinth a disturbing fairy tale set in Fascist Spain that won the 2006 Oscar for best foreign film). Del Toro attempts to fuse the bam-pow studio mind-set to a more expressive artistic sensibility and dazzles us with some visually astounding images. While the first movie dealt with the whole Nazis sinful experiments stuff and the daily life of Hellboy and his team, Hellboy II The Golden Army goes in a more fantastical direction and is about the whole world - real and fantastic - and Hellboy's place in it. For centuries, there's been a treaty among the human race and the mythological world, but a white-faced guy named Princ... 11/23/2008
Comments 2

By Vicente A. Martinez, Realtor, Brooklyn - Long Island - Queens Homes
(Prudential Douglas Elliman Licensed Real Estate Salesperson)
Welcome to my Recent Sales Update.  I hope homeowners in Sunnyside will find the information useful.  I will be updating sales monthly. Listed below are all residential sales in Sunnyside NY, for the period 8/01/2008 to 8/31/2008 as recorded by our local MLS (L.I.B.O.R. aka Long Island Board of Realtors).  0 homes were sold in Sunnyside, NY 11374 during this sales period.    If you have questions do not hesitate to email me at ProRealtor@Verizon.net I will be happy to hear from you.  If you are a home owner in Queens, Brooklyn, or Long Island and are considering putting your home on the market, I provide a NO COST NO OBLIGATION Highest Price Analysis. Remember sales prices are not the entire story. Look for my monthly updates, or contact me for more information.   To find the value of y... 09/08/2008
Comments 1

By Vicente A. Martinez, Realtor, Brooklyn - Long Island - Queens Homes
(Prudential Douglas Elliman Licensed Real Estate Salesperson)
Pixar's latest sensation is about a little robot (it's really about us and how gifted we can be and how stupid we often are). It's the year 2700, and we've contaminated ourselves out of existence. Because it's 700 years in the future and Earth is in a mess. We managed to turn our planet into a stripped-down garbage dump... an ecological catastrophe so enormous and unfixable that we humans up and left. The only humans left live a sterile, bloated life high above earth. Wall-E is a little robot (we created) and that's not even his name -- it's just an acronym of what the robot is: Waste Allocation Load Lifter, Earth-Class. Even though he's made of metal and circuit boards, he has developed a real personality during his 700 years of solitude. WALL-E, the "garbage man of the future" is als... 07/20/2008
Comments 2

By Vicente A. Martinez, Realtor, Brooklyn - Long Island - Queens Homes
(Prudential Douglas Elliman Licensed Real Estate Salesperson)
A weird transmission overruns every cell phone, radio and TV, turning people into murderers. With the city in anarchy, the streets filled with death and chaos, a young man named Ben wants to find his girlfriend, Mya, and escape to safety. Only one problem: She lives on the other side of town... with her husband. Who most likely won't want his wife running off with her lover while civilization is collapsing around them. The Signal is so simple in terms of its principle that the film just thrust us into the midst of its epidemic of mass lunacy with no explanation ever offered as to the cause of the signal. Yet on a deeper level, the film is also a spoof of our technology-based world, a comment on how (as cliché as this may be) our electronic devices have enormous control over us. Think ab... 07/05/2008
Comments 4

By Vicente A. Martinez, Realtor, Brooklyn - Long Island - Queens Homes
(Prudential Douglas Elliman Licensed Real Estate Salesperson)
Our diverse group of victims have come to spend some time with their friend in Ireland sampling some of the Emerald Isle's premium produce. No, they're not drinking Guinness... instead, they came for the psychedelic mushrooms. Of the five American campers, Laura seems the one least likely to secretly gobble up the forbidden black-nippled mushroom, a kind that promises, to those fortunate enough to outlive the initial death spasms, visionary abilities and unrestrained rage. There are shadowy figures in the distance, a guy with a blood-stained bag over his head, humanoids in the marshland, and a scruffy girl running through the woods with an hatchet. The characters, one of whom is named Bluto (after the dumb guy in the Popeye cartoons) spend most of their shroomed hours being baffled abo... 06/14/2008
Comments 0

Spring is here... time to work on your home's curb appeal!

By Vicente A. Martinez, Realtor, Brooklyn - Long Island - Queens Homes
(Prudential Douglas Elliman Licensed Real Estate Salesperson)
The experts all agree that curb appeal is one of the most important things to consider when selling your home. It's the appearance from the street that will very often determine whether potential buyers come in to see the inside, or never get out of their cars. Flowers are one of the easiest and least expensive ways to make the front of your house look inviting and instantly increase the curb appeal of your home. Without any real landscaping at all, flowers can transform a rather drab looking front yard into one that looks colorful and lush. Especially during spring and summer, you should take advantage of the season by planting pots and flower boxes. You should choose colorful flowers that will be in bloom during the time you're selling your home. Planting the flowers in planter boxes ... 03/27/2008
Comments 2
Explore Sunnyside, NY
Sunnyside, NY Real Estate Professionals