By The Legacy Group, The LegacyGroup of CrossCountry Mortgage
(CrossCountry Mortgage)
Veteran’s Home Loans for Horizon City TexasIf you are reading this, you or a family member have likely served in our military.  First off, we would like to say a sincere “Thank You” for your service!  We recognize that not only do our Veterans sacrifice by serving, but their families do as well-, and we owe you all a debt of gratitude!One of the best benefits Veterans and their families receive due to their service to our great country is the VA home loan benefits.  We are going to outline just a few of these significant benefits in this article for you. Here are some of the major benefits you may receive by using your VA home loan benefits:*100% financing available- one of the very few loans available with no down payment!*Lower rates available than most loan programs- which saves you ... 04/27/2021
Comments 1 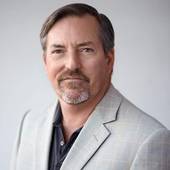 Horizon City Deal of the Week

By Rick Snow - Selling El Paso TX, Cool Deals on Hot Real Estate in El Paso, Texas
(EXIT West Realty)
Over 2000 square feet for only $178,000? You have to be kidding me. Not at all. This single story home with 4 bedrooms and refrigerated air could be yours. If you act fast that is. Close to the golf course, close to shopping and schools (but not too close). You will not find a better deal than this in Horizon City.  For virtual tour click here Call me today for your personal tour or call your agent and tell them you HAVE to see this home. 03/01/2013
Comments 1 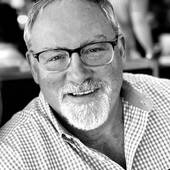 By Danny Frank, The Pearland Real Estate Expert
(JLA Realty)
HORIZON CITY (El Paso Times) – Owners of desert land near El Paso have recently been the target of an advertising scam perpetrated by a Florida-based company.According to the El Paso Times, investors purchased undeveloped tracts north of Horizon City between 1962 and 1975 for thousands of dollars apiece. The land was purchased from Horizon Corp., which promised buyers a quick return on their investments. The El Paso Central Appraisal District later determined the land was worth an average of $10 per acre.Now, those landowners, many of whom would like to rid themselves of the land, are being contacted by American Land Liquidators of Largo, Fla. The company is promising quick sales and high profits in return for a $3,000 advertising fee."I got several calls from people that claimed to be ... 05/31/2011
Comments 0 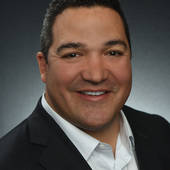 By Angel Ochoa
(Success Realty Inc.)
Horizon is booming.  Desert Breeze #1 Subdivision sold out in months.  Desert Breeze #2 has sold several homes as well with approximately 200 lots available.  Other larger subdivisions are Horizon Heights, Horizon Mesa and East Lake Estates.  Emerald Manor is opening another subdivsion near the golf course with homes expected in the 3 to 5 hundred thousand range.  El Paso Lakes, formerly Mountain Shadow Lakes, is still out there off Horizon Blvd.  With views of the lower valley and connection roads by way of Rojas and an unpaved Pelicano to Darrington, and a road from Horizon to Montana, the distance from El Paso East side has deminished.  New High School, Middle School and Elementary schools offer a great place for families.  Come live in a beautiful city.    09/08/2007
Comments 0

By John Rogers
(Century 21 APD)
Horizon City GrowingBy John RogersEl Paso Real EstateYes I said it Horizon City is growing. For those of you who don’t know Horizon City is a community of 9,655 residents located just east of El Paso Texas. It’s no longer that small town you pass through just before you hit El Paso driving through west Texas. A lot of the growth is due to the limitations for El Paso to grow. To the south of El Paso is Mexico; to the north and west is New Mexico. The little bit of land left to the west is mountainous and too expensive to develop for starter homes. The only real area left to develop is in the northeast and east areas. The Public Service Board (PSB) owns most of the land that is available in the northeast. About 16,000 acres in the area is planned for development in the next couple of deca... 10/21/2006
Comments 2
Explore Horizon City, TX
Horizon City, TX Real Estate Professionals