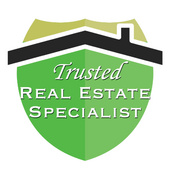 Government Funds to Aid Those In Recession

By House Selling Tips
(DIR-USA.com)
We Buy Houses Fast - Fort Worth TX: The unemployment rate has skyrocketed and remains bleak. Though the number of those applying for new claims has dropped a bit and those collecting unemployment checks has also been reduced, this does not account for those who have been unemployed for quite some time and have run out of benefits. It also doesn’t account for those who were self employed and lost their businesses or now have much less work than they did a few years ago. Whatever the real number of under or unemployed Americans might be, the fact is, there are too many who can’t make ends meet. Last year the federal government designed a program that would help those who needed temporary assistance to keep up with their mortgages. Several states including Alabama, Arizona, California, Flo... 02/01/2011
Comments 0
Explore Thompsons, TX
Thompsons, TX Real Estate Professionals