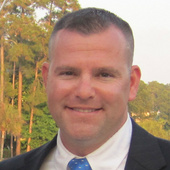 Get to know Brett Lance

Brett Lance moved to the Lowcountry in 1999 after honorably serving as an Air Traffic Controller in the United States Marine Corps. He fell in love with the South while attending boot camp at Parris Island where he went on to be the Honor Graduate of his platoon. Brett was born and raised in Bowling Green, Ohio where both sides of his family were involved in the building business.

Prior to his transition into real estate, Brett was involved in residential and commercial construction. Proficient in all trades, he climbed the ladder to superintendent and later project manager. He was involved with a handful of local restaurants; custom homes and a multi-million dollar project in Moosehead Lake, ME. His construction experience has proven invaluable to his clients. Brett’s experience in the armed services has been invaluable to everyone who knows him. “My clients can rest assured I will see any task through completely, correctly and with the utmost integrity”. Brett has represented buyers and sellers in almost every community both on Hilton Head Island and on the mainland. His knowledge of the market, various community profiles and area in general have made him a popular choice for anyone seeking representation.

Brett met his wife Jennifer shortly after setting foot on Hilton Head Island and they’ve been happily married since 2004. Brett enjoys boating, fishing, golfing and photography while out of the office. Brett also hosts the popular photo blog: SunriseHiltonHead.com.

Home Selling – over 11 years ago

Whoever said the market was soft...