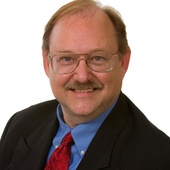 After over 20 years in a high technology industry, Randy converted to a real estate career to spend more time with his wife, Peggy who has been involved in real estate for several years. With a degree in marketing and an MBA in finance, Randy Worcester has the perfect education to guide you in buying or creatively selling your home.

Randy is the team’s technology guru, being well versed in use of wireless phones and devices, email, and web site construction.He has the knowledge and skills to put the power of the Internet behind your Real Estate transaction.Randy has been designated an ePro® by the National Association of REALTORS® for his knowledge of technology and innovative online-based real estate services.Only a small percentage of Clarksville’s agents have achieved this status.

For his performance during his first 12 months in real estate, Randy was named a Keller Williams Southeast region "Rookie of the Year". He had served on the Keller Williams Agent Leadership Council ( ALC ) as Finance and Technology Chairman for multiple years and the ALC had elected him to represent Clarksville at the Southeast Region ALC meetings.

Randy and his wife, Peggy, were given the opportunity to own the Tennessee franchise for Avalar Real Estate.

Randy believes in giving back to the community.He is passionate about devoting time to the Clarksville Sunrise Rotary Club and the Boy Scouts of America where he has received numerous honors and awards.He completed the training to become a Clarksville Citizen Forester.

He is one of the few Clarksville agents to be licensed in both Tennessee and Kentucky.

Randy is a results driven businessman and the REALTOR® of choice if you want skill, integrity, hard work, and professionalism.

bookmark_borderbookmark
ActiveRain Community – over 9 years ago

bookmark_borderbookmark
ActiveRain Community – over 9 years ago

Randy's knowledge of technology, email, and the Internet helps him to assist out of town buyers. He gets great enjoyment out of assisting first time and military home buyers.

Randy's wife Peggy and the Avalar Team are known for listing homes in the Sango , Adams , Exit 11 areas.

We have other web sites at: