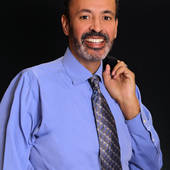 Get to know William Hernandez

Upon retiring from the Secret Service In 2003, Bill graduated from the Moseley Appraisal course, and trained as an Appraiser Trainee under Tom Hundley, of Hundley & Associates. Licensed in Virginia, and Maryland Bill has conducted over 2,500 residential appraisals.

In 2007, Bill graduated from the American Home Inspectors Training Institute.

In 2012 Bill was awarded the 2011 Realtor’s Association of Prince William – Rookie of the Year, and Top Producer, and Keller Williams –Bronze Medal.

Bill has been married to Brenda for 19 years. They have 2 sons, Diego, and Zachary, a recent grauate of Osborn Park High School.

Bill hobbies include boating on his SeaRay, golfing as a member of Montclair Country Club, and a passion for driving his Porsche.

bookmark_borderbookmark
Home Buying – over 5 years ago