By Karen Butler, Eglin AFB/ Fort Walton Beach /Destin Relocation
(RE/MAX Coastal Properties)
The much controversial septic tank inspections are on hold for about another 6 months. And if the Florida Legislature takes up a bill to do away with them altogether during this year's regular session, inspections could go away forever. The bill postponing inspections passed during the Legislature's special session in November, but the Legislature did not submit the bill until the day incoming Gov. Rick Scott took office. Hmmm...Scott then had 15 days to veto the bill or sign it into law. With Scott choosing neither option the bill became law.Officially, Florida's mandatory septic tank inspections - and payment of the fees that accompany an inspection - become official on July 1, 2011, unless the Legislature passes a new bill that Scott doesn't veto. One bill cancelling the inspections ... 01/24/2011
Comments 4

By Karen Butler, Eglin AFB/ Fort Walton Beach /Destin Relocation
(RE/MAX Coastal Properties)
I don't care if those Max Hedroom talking heads on the "Nightmare News Cable" Channels won't say it, I'm telling everybody in case you didn't know... The National Association of Realtors posted the latest numbers that said...  Existing homes sales shot up 12.3% in December, coming in well above most estimates from 4.55 - 5.04 million and giving the US economy that needed growth spurt in the last six months of the year ending 2010.  No, I'm not saying break out the champagne, this is still a pretty long road trip, so I hope you packed a lunch.  The current inventory of existing homes was reportedly 3.56 million, which is an 8.1-month supply and down 4.2% from November when inventory represented a 9.5-month supply.  These are the National numbers.  We were sitting here in the Florida Pan... 01/20/2011
Comments 0

By Karen Butler, Eglin AFB/ Fort Walton Beach /Destin Relocation
(RE/MAX Coastal Properties)
Vision Airlines just announced that it is adding service in the Eastern U.S. beginning March 25th,  with flights between Northwest Florida Regional Airport (which services the Fort Walton Beach area) and cities including Asheville, N.C., Atlanta, Miami, the Orlando area, and other cities in Florida and the South. Some fares may initially as low as $49 one way, will go on sale today Jan 18th for trips between the beach communities of northwest Florida and such cities as Baton Rouge, Knoxville, Tenn., and Little Rock. In December it added twice-a-day flights between Louisville, Ky. and Atlanta, and from Niagara Falls International Airport in New York to cities in Florida including one from that left from our new International Airport located between Destin and Panama City. Some of Vision'... 01/18/2011
Comments 0

By Wendy Rulnick, "It's Wendy... It's Sold!"
(Rulnick Realty, Inc.)
This lightning speed short sale approval for a Fort Walton Beach Florida townhouse in Shangra Woods was a great way to start 2011. How long did it take? 15 days! December 20: Short Sale package faxed to Citi Mortgage December 29: Negotiator assigned (who says people don’t work over the holidays?) January 4: Approved! This Fort Walton Beach short sale seller had one mortgage, which helped the process.  This was not all “slam-dunk”, but close. Citi slightly countered the purchase price with a minimum net requirement.  I questioned the settlement statement, asking if all fees would be approved if the net were met.  The buyer had asked for 6% closing cost credit.   Citi limited the amount to 3%.  (Many short sale lenders will not pay more than 3% if they even agree to extra closing costs f... 01/06/2011
Comments 7

By Karen Butler, Eglin AFB/ Fort Walton Beach /Destin Relocation
(RE/MAX Coastal Properties)
While the attached bulleting has come from Citizens Insurance, I'm pretty sure the other carriers will be following suit, to maintain the integrity of the program.  Wind Mitigation inspections can  but are not guaranteed to reduce homeowner insurance premiums for those home built prior to 2002 that meet the criteria such as having roof clips. So if you have considered getting one, I've seen the cost range from $75-$150, make sure you you are paying someone who meets the new criteria for the insurance companies, otherwise, you may find yourself having to pay for an additional one.  Per Citizens bulletin, 4-Point inspections will require a Division 1 State Certified Contractor license or a Florida Home Inspector License beginning February 1, 2011, membership in the associations,  NACHI, A... 01/04/2011
Comments 2

By Karen Butler, Eglin AFB/ Fort Walton Beach /Destin Relocation
(RE/MAX Coastal Properties)
When it comes to military moves, trust a REALTOR who has been in your shoes more than once.  One that can and will explain the real estate and home buying process.  I have an extensive military background, and over 12 years real estate experience in and around the Fort Walton Beach area. Here is a quick did you know on Veteran Eligibility: http://www.coldwellbanker.com/servlet/AgentListing?action=detail&ComColdwellbankerDataAgent_id=198468 12/22/2010
Comments 0

Have You Heard of RFID? How About Electronic Pickpocketing?

By Karen Butler, Eglin AFB/ Fort Walton Beach /Destin Relocation
(RE/MAX Coastal Properties)
Well that's exactly what it is.  RFID stands for Radio Frequency Identification technology.  Who and what is at risk?  You, your credit card, debit card and even passports!  It is actually electronic picpocketing, and you are never touched and your credit card never leaves your wallet, pocket or purse! How scary is that?  Think about the group activities you attend where you wouldn't even think twice about seeing someone with a tablet PC.  Basketball games, football games, concerts, movie theaters, conventions?!  You know I researched it before posting this, and apparently they pulled the episode of MythBusters who were planning to address it.  Now that is scary.  And it didn't just happen, it's been around for at least the last year and a half, so why am I just hearing about this?  I'm... 12/08/2010
Comments 6

By Karen Butler, Eglin AFB/ Fort Walton Beach /Destin Relocation
(RE/MAX Coastal Properties)
The U.S. Air Force Air Demonstration Squadron "Thunderbirds" have announced their 2011 air show schedule. The team is scheduled to perform nearly 70 shows in 25 states, one U.S. territory and 10 European countries. They will kick-off the 2011 season by performing a flyover for the 53rd running of the Daytona 500, Feb. 20.The U.S. Air Force Air Demonstration Squadron is an Air Combat Command unit composed of eight pilots (including six demonstration pilots), four support officers, four civilians and approximately 110 enlisted Airmen performing in more than 29 Air Force specialties.A Thunderbirds' aerial demonstration is a mix of formation flying and solo routines. The pilots perform approximately 40 maneuvers in a demonstration. The entire show, including ground and air, runs about one h... 12/08/2010
Comments 6

Getting a brokers license

Waiting Period Before Buying Another Home After A Short Sale?

By Karen Butler, Eglin AFB/ Fort Walton Beach /Destin Relocation
(RE/MAX Coastal Properties)
I received a call this weekend from a home buyer who just sold his previous home as a short sale about 2 months ago, and is ready to purchase another home. Can a seller buy again in less than two years? Not really, Fannie Mae guidelines now require 24 months "seasoning". FHA adopted guidelines in 2010 that say a seller who is current on their mortgage and does a short sale "may" qualify to immediately buy another home. But unfortunately that is going to be the exception rather than the rule. Fannie Mae guidelines allow a seller to immediately apply for a new loan to buy another home if that seller kept the payments current, had no delinquencies exceeding 30 days and did not agree to repay the debt relief. Moreover, it's the late payments that dramatically affect your credit report, not... 11/08/2010
Comments 9

By Wendy Rulnick, "It's Wendy... It's Sold!"
(Rulnick Realty, Inc.)
I just received approval for a Wells Fargo short sale in the Bayou Subdvision, Fort Walton Beach Florida.  The approval was a swift 30 days, but the journey getting there was strange.  Here is a summary 9/29 – Short Sale package faxed to Wells Fargo 10/5 – Broker Price Opinon completed 10/22- Negotiator asks for $1000 cash contribution from seller.  Seller asks if buyer can pay this fee, negotiator says “YES”. Buyer agrees to reduction in buyer credit. 10/23- Revised Settlement Statement (HUD) sent to Wells Fargo increasing their net by $1000 by reducing buyer credit 10/24- Negotiator says “unacceptable”, seller must pay this fee (even though she said buyer could pay this fee earlier). Seller says he'll pay the $1000, but asks if he will get still deficiency judgment on the remainder o... 11/01/2010
Comments 3 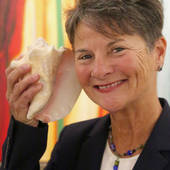 Classes are Key to Success

By Kelly Klein, "Doing Great Things Today to Improve Tomorrow"
(Berkshire Hathaway HomeServices | Pen Fed Realty)
Have you taken a real estate class lately?  How about a class on social media or blogging or using Facebook for business?  Have you been to a recent Ethics Class or Fair Housing Class.  What about a new Contracts Class?  All of these classes are offered by my local Association.  In fact, I think that my local Association, the Emerald Coast Association of Realtors is the best on Earth.  They are very proactive and offer more training and classes than one can possibly take all in one year, but offer alternatives too.  For example, there is a four day cruise at sea planned and you can get all 14 hours of Continuning Education credits while cruising around.  How cool is that?  If you are not locally involved in your Association or you want your Association to be better at what they do, then... 10/14/2010
Comments 3

By Brandon Jordan
(ERA American Real Estate)
Excellent opportunity to own a distressed property in Destin West. Unit has a great view of the Gulf from the master bedroom and the living area overlooks the bay, lagoon pool and will overlook the proposed marina. Enjoy floating in the lagoon pool during the day or under the lights at night. Very relaxing and fun for the whole family. Kids just love it. You must see this unit. This unit has been tastefully upgraded by the previous owner with installed custom made bunk beds in bunk room and added a door for privacy. Crown molding has been added and fans replaced with decorative palm leaf blades and lights. Custom paint makes this unit special. See pictures attached to this listing. Unit has washer/dryer hookup. Custom window treatments convey with sale. It's a pleasure and so relaxing t... 09/05/2010
Comments 0
<< Previous 1 2 … 5 6 7 8 9 10 11 12 13 14 15 16 Next >>
Explore Fort Walton Beach, FL
Fort Walton Beach, FL Real Estate Professionals