Still time for a great opportunity in the GO ZONE

By Neil G. Blair-Bennett
(NationalREORelief.com)
The U.S. Senate approved a measure Friday to extend the Gulf Opportunity Zone Act, giving new hope that lucrative tax incentives to build condos, apartments and businesses will last a few more years.U.S. Sen. Roger Wicker added an amendment to a housing bill, and his addition passed 74-5. U.S. Sen. Thad Cochran co-sponsored the bill.The new GO Zone plan would give tax breaks to builders of apartments, condos and businesses only in Hancock, Harrison, Jackson, Pearl River and Stone counties. When it passed just after Hurricane Katrina in 2005, the legislation had incentives for nearly 50 Mississippi counties but those are about to expire.The 2005 bill's deadline requires builders to start construction before the end of this year, but under the new legislation, it wouldn't matter when work... 04/06/2008
Comments 0 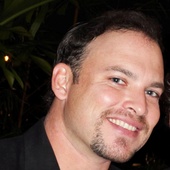 Why Build Elevated in the Go Zone

By Scott Allan, Stallan54
(Cushman & Wakefield - Commercial Property SW Florida)
Over the last several months, I had dozens of people ask me the same question. "Why do you raise your home on piers rather than build closer or on the ground?"My answer is simple. If you are reading this article and wondering the same thing, put yourself in the shoes of the local community that was impacted by Hurricane Katrina, look at this map and continue reading: Do you see the Interstate 10? It runs east and west a few miles north of the coast. Everything south of that line was flooded with at least a couple feet of water if not over a dozen feet of water. We are not that north of the interstate didn't flood because it did; but 90% of the real estate growth is transpiring south of the highway. After reviewing the flooding, FEMA revised the coastal flood maps. They offered a suggest... 02/20/2008
Comments 0
Explore Bayside Park, MS
Bayside Park, MS Real Estate Professionals