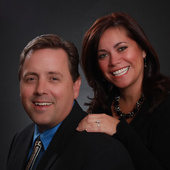 By John & Irma Nelson, San Antonio Real Estate Agents - San Antonio Homes
(San Antonio Real Estate Broker/Agent with Get It Sold Realty)
Are you looking for homes for sale or rent in Terrell Hills here in San Antonio?   If so then you have made it to the right place!  You can see from the listings below that you have homes priced between $150,000 and $7,000,000 and homes for rent from $1,200 to $4,500 per month.   If you find any of these Terrell Hills homes to your liking please contact Irma or myself at 210-870-7340 or email us at getitsold@homes01.com.   We look forward to helping you find your next home here in San Antonio so please don't hesitate to reach out to us.     If you are looking to sell your home in Terrell Hills get in touch with us and we will send you a market analysis on your home and help you understand what the market is doing in this subdivision. Thanks for stopping by!     11/20/2012
Comments 0 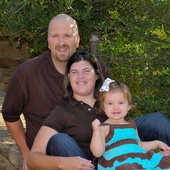 By Mike Pannell
(Nu Home Source Realty LLC)
Whether you are attracted to the Old Mexican traditions, the strong flavor of Texas, or the many sites of San Antonio, there are several choices within the large city by which to choose your next home purchase. Finding your next home could be within several enclaves and suburbs of the city, allowing you to enjoy the culture and festivities of one of the largest cities in the United States, offering one of the richest cultures and histories in the country, no matter what your budget may be. Whether you are looking for simplicity and quality living, or luxury and extravagant living, you can make your choice amongst several San Antonio neighborhoods, including Terrell Hills. Terrell Hills is a community that follows a close history, starting in 1880 when the property was acquired by Colone... 12/24/2010
Comments 0

By Robin Rogers, CRS, TRC, MRP - Real Estate Investment Adviser
(Robin Rogers, Silverbridge Realty, San Antonio, Texas)
I have lots of favorite neighborhoods. Terrell Hills is one of them. It's not only a neighborhood, it's an incorporated city, located north of downtown and west of Fort Sam Houston. My favorite neighborhoods have one thing in common: lots of trees. The homes in Terrell Hills have trees and a lot of character, varying quite a bit in architectural style, size, and price. Most of the homes range from the high $200,000s to the $600,000s. To the left is a cottage-style three-bedroom home with a covered patio and detached garage that sold for just under $200,000 The neighborhood includes two school districts: Alamo Heights Independent School District and North East Independent School District. There is not a huge difference in home prices between the two school districts, although Alamo Heigh... 10/22/2009
Comments 7

By Shirley Parks, Broker, 210-414-0966, San Antonio TX Real Estate
(Sands Realty 210-414-0966)
If buyers tell me they want to live in Terrell Hills, it is an indication to me that they want to live near downtown in an urban setting "inside Loop 410."  In light of that, I find it amusing that almost a century ago Terrell Hills was considered "a remote rural area."  In researching the history of the city of Terrell Hills, I found the following information on the Terrell Hills website: "In 1919, a group of six families and 3 bachelors were organized with a desire to emigrate from the City of San Antonio and settle in a remote rural area. They selected a 24 acre tract that was formerly Terrell Farms. The southern boundary was Terrell Road, Garraty Road to the north, and western border being Eldon Road. The eastern border was Fort Sam Houston and what is now Harry Wurzbach. Dr. Terrel... 05/11/2008
Comments 2
Explore Terrell Hills, TX
Terrell Hills, TX Real Estate Professionals