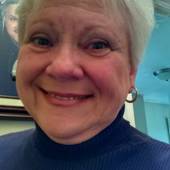 Licensed Broker and Affiliate Brokers in North East Tennessee/Virginia Regions (known as Tri-Cities) are a husband and wife team of REALTORS. "Opening Doors in TN/VA & BEYOND to Home Ownership!"

Get to know Marilyn C. Adams

Professional background areas of Credit, Customer Service And Sales. Volunteer History in Kingsport spanning more than 34 years. Also spent several years with the Kingsport City Schools and Court Systems of the City of Kingsport and Sullivan County assisting with their Truancy Intervention Programs for students in K-12 levels. She is a member of First Baptist Church of Kingsport.  Many years(18+) in the community volunteering has brought others to know her smile and heart are in the North East Tennessee Region where Lakes, Mountains, and Weather are God's Gift to those who choose to call it"HOME!"

Marilyn has earned the ABR (Accredited Buyer Representative), CRS (Council of Residential Specialists), GRI (Graduate of Realtors Institute) designations. Marilyn is a full time Agent with Service in Mind for you. She is a Graduate of NETAR's 1st Leadership Program 2005. Marilyn's interest in networking locally and statewide has taken her to the TN State CRS Chapter level. With an interest in the Membership and Education that might be brought to other agents in the State, she was chosen for the Award of "TN CRS Member of the Year 2005". She served as 2007 TN CRS Secretary, 2008 TN CRS Chapter Treasurer, and 2009 TN CRS CHAPTER President-Elect, 2010 TN CRS CHAPTER President, 2011, TN CRS CHAPTER Past President.  With less than 3% of REALTORS nationally known as CRS members, these agents with this credential have gone the extra mile to attain education that will help their clients have the best representation possible whether they are buyers or sellers.

She meets the needs of her realty clients by incorporating her experiences. Marilyn, also, understands any "special interest" situation, whatever the request may be.

Marilyn and Tom Adams specialize in service in the Tri-Cities Region of Tennessee.  We will go to all areas of the North East Tennessee Region and South West Virginia.  Both are licensed in Tennessee and Tom is licensed in Virginia.  We can cover any area as well as giving referrals to quality CRS members throughout the Nation or Internationally.  We are Certified Residential Specialists as well as Graduates of Realtor Institute as well as earned the Accredited Buyers Representative Credential.

We LOVE Referrals!  Call us today!