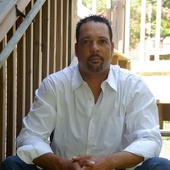 Get to know Chris Treece

Chris was born and raised in a rural East Tennessee town.  Chris was introduced at an early age to sports which he absolutely fell in love with.  However, he was told that he was too small to play the one sport he excelled at, Football.  At one point, his mother told him he couldn't play, but he somehow found his way to the field and had a terrific career.In high school he received All-State and All-America honors and was later inducted into the Murfreesboro Oakland High School Hall of Fame in 2000.  Chris attended the University of Tennessee in Knoxville on an athletic scholarship where he was a member of the varsity football team as a hard nosed defensive back wearing the number 38.  One of his greatest memories of playing at UT was running through the storied "T" on game day in front of 98,000 plus loyal fans.  Chris had many stellar performances against LSU, Ole Miss, Vanderbilt, and he had his best game of his career against Alabama in 1988.Today Chris is the Founder and CEO of The Treece Advantage and CLT Marketing, a trend setting marketing and consulting conglomerate founded with the same focus and determination that enabled him to overcome adversities during his younger years.  The Treece Advantage is a pivotal tool to any business owner, whether you're entering into your first venture, or searching for fresh and creative ideas to reinvent an existing company.   He is also the author of the newly released book titled "Driven" and the host of the radio show called "The Chris Treece Show, The Hottest Show on The Internet". He has interviewed some of the most interesting people and groups in the world from professional athletes, New York Times Best Selling Authors to local business owners.  He is also releasing "Mistaken", a tell all book about his life early February and "Vols For Life" in mid October which will also boast a documentary scheduled to be released in early 2012.  Chris also sits on several board of directors as a catalyst for change.   Chris has become one of the fastest rising and most dynamic motivational speakers in the country.  A true motivational force.  Let Chris help you realize your dreams with the same inner passion that fulfilled his own.BECOME WHAT YOU DESIRE-The Treece Advantage

Search Engine Traffic vs. Social Media Traffic? Which is Better?

Do Your Homework Online Before Meeting Someone New