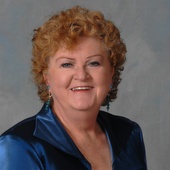 Get to know Diana L Brown

Although I specialize in Golf Communities. I can help you with all your real estate needs. I started in Real Estate in Mt. Juliet, Tennesse in 1994. I received my Kentucky license in 2005 and received GRI 2007. I love working with people! Par Excellence is my slogan because I believe in giving you, my clients, the best service possible. Whether you are buying or selling I will professionally take care of your needs. I have the latest in technology. Let me go to work for you!!

I have played golf for over 30 years. I have a handicap of 7. I have enjoyed playing in numerous tournaments. 4 time winner of Owensboro Ladies City Championship, 7 consecutive wins of The Summit Club Championship

bookmark_borderbookmark
ActiveRain Community – over 12 years ago

Adult education programming is available at the Longfellow Education Center.Owensboro is home to two four-year liberal arts colleges--Brescia University and Kentucky Wesleyan College. Each has an enrollment of approximately 800 students. The region is home to the Owensboro Community College, one of 13 community colleges in the Kentucky Community and Technical College System (KCTCS). More than 2,300 students attend the community college. The two locations of Owensboro Technical College, located in Owensboro, are also a part of KCTCS.

RiverPark Center
The curtain is always rising on a new event at this performing arts and civic center which is located on the Ohio River in downtown Owensboro. The RiverPark Center includes a 1,500 seat multi-purpose auditorium, an experimental theatre that seats up to 300, lobbies and support facilities, a riverfront plaza, an open-air courtyard, and meeting/reception rooms. Each year, the RiverPark Center hosts more than 150 performance events and more than 900 civic events.

International Bluegrass Museum
Bill Monroe, known as the "father of bluegrass music," was born and raised in Rosine, Ky., just a short drive from Owensboro. That tradition is still alive and well in the area and is celebrated at the International Bluegrass Music Museum, which displays the history of bluegrass music through interpretive exhibits, posters, costumes and instruments. Other local bluegrass events include a winter concert, the Yellowbanks Dulcimer Festival at English Park and the annual Bluegrass Blast during the last weekend in September.

Public Library
The Daviess County Public Library provides services to the entire county population from a single facility located in Owensboro. The library provides a wide array of services, including materials in all formats for all age groups; reference and information services; Kentucky history and genealogy research services; interlibrary loan; programming for children and adults; homebound delivery service; public access internet; dial-in access to the on-line catalog; fax and photocopy services; and outreach services to schools, daycare and headstart centers, and other community agencies. About 275,000 people visit the library each year.