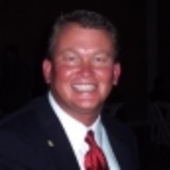 Get to know Mark Kettler

Mark became owner of Kettler Realty in 2009, but has been a Realtor since 2001 and a Broker since 2005. He is an active member of the Waco Association of Realtors, where he currently serves on several committees.

Mark grew up in Clifton and graduated Clifton High School in 1989 and became a graduate of Baylor University in 1994. Mark enjoys golfing, hunting, and coaching sports. Mark has two sons, Mason and Michael, who attend school in China Spring and are active in baseball and basketball.

Whether your dreams include building a new home, buying a ranch, buying existing home, or selling your current home, you can count on Kettler realty and Mark Kettler Homes to fulfill your needs!