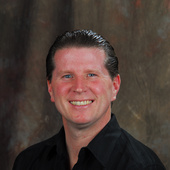 I've been selling real estate in the East Northport, NY area for 15 years. I am the former owner of 2 Century 21 offices. If you are thinking of buying or selling a home on Long Island, let's talk!

Get to know Kevin Bungert

Kevin is a real estate professional with 15 years experience.  After obtaining his real estate license in 1994, Kevin quickly became the top producing agent at Century 21 Vipen in Kings Park, NY.

In 1996, Kevin chose to go out on his own and opened his first office in his home town of East Northport, NY.  After growing rapidly for the first few years, Century 21 Family Real Estate became the #1 office in East Northport, overtaking an established local office who held that title for over 25 years.  In 2003, Kevin opened his second Century 21 Family Real Estate in the beautiful town of Northport, NY. During his time as broker and owner of Century 21 Family, Kevin hired and trained over 150 agents, bringing several of them to the top designation of Centurion.

A Great Week for the Good Guys!

Whether you are looking to buy a home on Long Island or sell one, I can help!  Give me a call today so we can begin the journey!