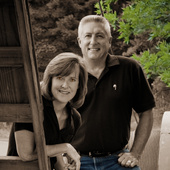 Shoshone County is located in the beautiful Silver Valley in the Panhandle of North Idaho. This valley is known for its scenic beauty, and is a wonderful place to live or vacation all year round!

Get to know Susan K. Hendrixson

Jim Hendrixson became a licensed real estate agent in 2004. He loves it, and is very good at it.  He was born in Michigan and has lived in Idaho for more than 31 years.  Prior to becoming a Realtor, he was a Planning & Zoning Director with over 30 years of experience.  I has two beautiful daughters, Laurel and Adrienne, his wife Susan and she has a daughter Jessica and son Jake.  He was a high school sports official for over 14 years, and he is actively involved in his church.  His favorite things to do are hang out in my shop, boating and fly fishing.

Accomplishment That's Not About Real Estate

Where is the Center of the Universe?

Shoshone County - History dates back to 1848 when Father Peter Desmet started to build the Cataldo Mission.  With the help of the Coeur d'Alene Indians, it was completed in 1854.  It is the oldest building still standing in the State of Idaho and remains as an historic site.  Shoshone County is several years older than the State of Idaho itself.  It was established in January 1858 by the territorial government in Washington.  At that time, it was much larger than the present State of Idaho.

Wallace "The Center of the Universe" -The historic mining town of Wallace is nestled beneath Interstate 90, halfway between two ski and recreation areas in northern Idaho's beautiful Silver Valley. The town has long been famous as the "Silver Capital of the World" with 1.2 billion ounces of silver produced in Shoshone county.  Silver mining is still a big part of our economy, but today it is the four-season paradise that attracts outdoor recreation enthusiasts from around the world since 1884.  Wallace is also known for the fact that every downtown building is on the National Register of Historic Places.

Wallace is also featured in the book "A 1000 Place to See Before You Die" in the USA andCanada.

Kellogg - is named after a prospector named Noah Kellogg. Legend has it that his donkey wandered off during the morning of September 4, 1885. Kellogg found the animal at a large outcropping of galena, which became the site of the Bunker Hill and Sullivan

Mines. Those mines led to the founding of Kellogg, a city where a local sign reads "This is the town founded by a jackass and inhabited by his descendants." Noah Kellogg is buried in the city's cemetery.

After nearly a century of bustling activity in the mines, the Bunker Hill Mine closed in 1981, leaving thousands out of work. Other mines reduced operations as well. With the closure of the Bunker Hill Mine, the city had to look elsewhere for its livelyhood.  In response to the challenges presented, the city made a major commitment to alter its own destiny.  The city constructed the longest gondola in the United States and started  the development of the Silverhorn Ski Area, which is now called Silver Mountain Resort, into a year-round recreational facility.  The resort is now privately owned and the city is looking forward to becoming a desitination ski and summer resort area.  New condos are sprouting up all over town and a water park and golf course are  in the works.

Mullan - The town was named for West Point graduate John Mullan, who was in charge of selecting a wagon route between Fort Benton, Montana and Fort Walla Walla, Washington. Mullan is five miles away from the Lookout Pass Ski and Recreation Area.