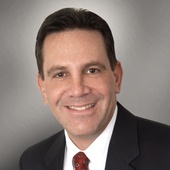 Helping clients to Buy & Sell homes anywhere in the Chicagoland Area & North Shore suburbs. Expertise is in meeting client needs and finding them the right home.

Get to know Steven Sims

Steven Sims began his real estate career with Coldwell Banker in 1997. In the first 12 months Steven became the "Rookie of the Year" and the following year earned recognition as #1 in his office along with being in the top 1% of realtors nationwide.  Through the years Steven has continued at a high level of production receiving numerous awards and recognition from Coldwell Banker as well as his clients including the prestigious Presidents Club Award being in the top 100 (out of 3700) agents in his company.

Steven has worked extensively with corporate relocation clients helping them to settle happily in the Chicagoland area.  He also gets great pleasure in educating clients to understand market conditions.  His backround contributes greatly to his ability to be an effective negotiator in addition to being able to work closely with his clients in exploring all the options available to satisfy their wants and needs.  Steven has a support team of lenders, attorneys & inspectors that make sure transactions go smoothly from contract to the closing table.

As a consistant leader with the #1 real estate company in the nation Steven's experience, knowledge and communication skills have earned him a reputation as an agent who consistently demonstrates top notch service to his clients letting them know they made the right choice. He follows the platinum rule of treating people the way they want to be treated.

Steven is the father of two teenage boys who he has raised on North Shore of Chicago and lived his whole life.

As a top producer in Cook and Lake County, Illinois Stevens' areas of expertise include Evanston, Skokie, Wilmette, Glenview, Winnetka, Glencoe, Northbrook, Deerfield, Highland Park, Buffalo Grove, Wheeling, Arlington Heights, Mount Prospect and North Chicago.  He knows the local real estate market well and can assist you in buying or selling your next home.  Please contact Steven at 847-567-9000 or StevenSims.com