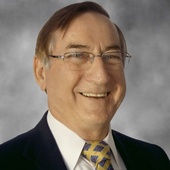 Get to know Arbie Turner

Arbie’s love for the Real Estate business and working with people produces energy and excitement that is easily absorbed by his clients & peers. He works hard to ensure his client’s walk away with a positive real estate experience.

Whether you are buying or selling for the first time or a seasoned client, Arbie will tailor the process to match your needs. Educating his clients is very important to him as it makes the process much easier and allows them to feel comfortable each step of the way. Arbie has also built relationships with lenders, inspectors, appraisers, etc, so feel free to ask for advice on a recommendation as needed. Give Arbie a call at 803-207-7051 or email at arbieturner@kw.com if you have any questions or would like to set up a time to meet with him about the next steps in your real estate adventure.

The importance of a trustworthy agent

“Turner over to Arbie”!!

Arbie grew up in Florence, SC, graduated from Southside High school, attended University of South Carolina at Florence for a few years, and then enlisted in the United States Air Force (USAF). While attending college, he worked part time as a sales clerk for J.C. Penney. Arbie spent a little over 7 years in the Air Force, first working as an Administrative Specialist and the last 5 years as a computer operator at Pope AFB, NC. Upon separating from the Air Force, Arbie joined the North Carolina Air National Guard (NCANG) as a part timer and became a temporary civil servant (full time) as a computer operator working at night and going to school (full time) during the day.

After getting his degree in Business Administration and then his Master’s in Business Management and Human Relations, Arbie accepted a training position with civil service and moved off to Texarkana, TX for 10 months of training and then to Huntsville, Al for employment. During this time in Texas and Alabama, Arbie remained a NCANG guardsman. Two years after accepting the civil service position, Arbie applied for a full time position with the North Carolina Air National Guard as there Computer Specialist. Arbie was selected for the position and became a GS-9 and remained a guardsman. Arbie moved back to the Carolinas and settled in Rock Hill, SC where he raised his children.

In 1990 as a Major, Arbie was assigned to the National Guard Bureau in Washington DC as a Project Manager to install base-wide LANs / WANs for all ANG Units across the entire United States. In 1992 Arbie was promoted to Lt Colonel. After 4 years, Arbie had installed fiber optics at all Air National Guard units and completed over 80% of all LANs / WANs. Arbie was appointed as the Reserve Forces Advisor to the Standard Systems Center (SSC) and moved to Gunter AFB, Al and a year later promoted to Colonel. While serving his 4 year assignment, Arbie was appointed and served as the bases’ Competition Advocate and the Inspector General. Arbie was also put on orders to be the Commander of the Standard Systems Center on two different occasions while the Commander’s position was vacant waiting to be filled by the Air Force.

In 1994, Arbie retired from the USAF and the NCANG with 26 years 9 months active duty and 33 total military years. After retiring from the Air Force, he accepted a position with Unisys Corporation as an Information Technology salesperson. Two years later, Unisys asked him to be the Customer Relations Executive (CRE) for the Air Force. As the CRE, Arbie was responsible for all sales received from the entire Air Force. Three years later, he was asked to be the Project Manager for 20 Million dollar annual task with the Defense Information Technology Agency. Arbie served as the Project Manager for 10 years and then retired from Unisys in May 2011.

When Arbie moved back to South Carolina, he had planned to play golf every day. He found out that playing golf did not take much brain power so he decided to go for his third career – Real Estate Agent.

Arbie is happily married to his best friend Susie, a medical doctor who now teaches medical courses at York Technical College. We have a miniature Pekingese whose name is “Humphrey”.

"Turner Over To Arbie"!!